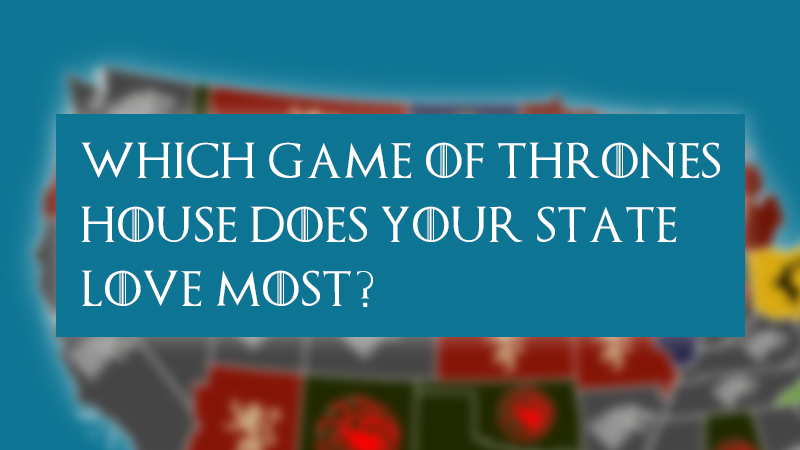 Which Game of Thrones house does your state love most?

Winter is coming! Game of Thrones returns to our screens this Sunday, with this season promising to be one of the best yet.

But where do America’s Thrones loyalties lie? Do they stand behind the House Stark or align themselves with the House Lannister? To find out, we took Google Search data from each state and found out which House they searched for most.

As you can see, the majority of Americans firmly support the noble House Stark. They top searches in a jaw-dropping 24 states, a landslide by anyone’s standards. Stark states include the key battlegrounds of California, Nevada, Wisconsin, Utah and New York.

The villainous House Lannister are a distant second with 10 states, including Michigan, Minnesota and Missouri, while the House Targaryan sit in third with 9 states. Members of the Daenarys fan club include Alabama, Idaho and Texas.

There’s some love for the smaller Houses too. Illinois and North Dakota both support House Greyjoy, while Maine and Ohio seem to want more information about House Baratheon.

What’s your favorite Game of Thrones House? Let us know in the comments!

Here’s the full list of states and the House they searched for most:

Want to upgrade your cell or simply sell stuff online you no longer need? It’s possible to sell a cell phone through Decluttr for cash! Sell an iPhone, Samsung, HTC and so much more!

View all post by Chris Smith.
← Most unwanted. The most traded CDs, DVDs and Games by state Christmas 2016
Famous siblings →