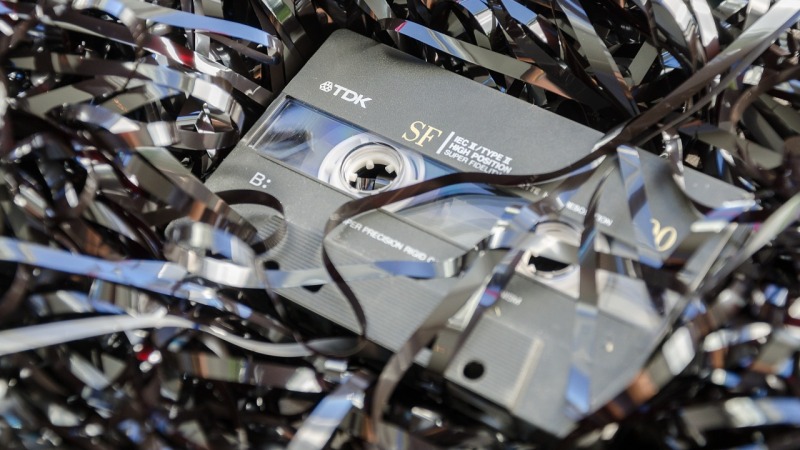 In our tech-obsessed society, you’d be forgiven for thinking that everyone streams movies from their smartphone while tracking their activity on a smartwatch.

But you’d be wrong. Quite a few gadgets and formats most people thought were dead are still used pretty extensively. Here are a few examples…

Who still uses it?

People in rural areas, people who like this sound:

According to a 2013 report by the Pew Research Center, 3% of Americans still use dial-up (that’s around 9.1 million people). Of those people, 2.1 million are using good old fashioned AOL dial-up.

A lot of those people live in rural areas without broadband coverage, which means they’re pretty much stuck with dial-up.

Needless to say, the modern internet and dial-up don’t go too well together. One writer who tried to use dial-up for a day could barely load Facebook and Twitter, while trying to download iTunes would have taken him 8 hours!

It’s estimated that 50% of the movies released on VHS have never been released on DVD, so the only way to watch certain films is to hunt down the tape.

As a result, the cult VHS market is pretty strong. Some films can go for a lot of money, as our post on the subject shows!

VHS is likely to remain a cult format though. The last major Hollywood movie released on VHS was A History of Violence in 2006, and that’s unlikely to change anytime soon.

Nostalgia, probably. Even though most record labels ditched the format back in the early 2000s, there is still a pretty strong market for cassette tapes.

They’ve maintained a particularly good following in the underground music scene, with artists in genres like hardcore punk and death metal occasionally releasing their music on tape.

There are signs of a mainstream comeback too. The National Audio Company, one of the nation’s largest producers of tapes, reported a sales increase of 31% in 2015, while Urban Outfitters recently started stocking cassettes and players too.

We’re not sure, but someone is.

The ones that are still left are largely operated by independent providers, and they’re a surprisingly profitable business. One provider suggests that just three $0.50 calls a day is enough to sustain a pay phone.

Plus, a pay phone may be your only option if cell phone towers ever go down too. Well, that or…

Although smartphones offer way more features, the humble pager has exceptional battery life and extremely reliable service, working even in areas where there’s no mobile signal.

That reliability is vital in hospitals, where a doctor receiving a message can literally be a matter of life or death. It’s reported that around 85% of hospitals still rely on pagers, although a few alternatives are starting to emerge.

In the UK, pagers are popular among birdwatchers, with hobbyists signing up for updates on rare birds in their area. There’s gotta be an app for that, right?

In 2014, 60 Minutes revealed that intercontinental ballistic missiles at a US Air Force base in Wyoming were operated using data held on 8-inch floppy disks (which are even older than the smaller disks most people remember). Security is apparently the main reason for this incredibly strange set-up, although the Pentagon is reportedly planning to replace the system by the end of this year.

The military isn’t the only branch of government using outdated technology though, with some agencies working on Windows 3.1. A huge federal update is apparently underway.

If you’ve got tech you don’t use anymore, get cash for it with Decluttr! You can sell Cell Phones, trade in Games, sell PS4, trade in iPhone and much more, plus used CDs, DVDs, sell Books online and textbooks. . Get an instant price and find out how much your stuff is worth today!

View all post by Chris Smith.
← How to Keep Your Cell Phone Clean
What is the most expensive phone ever? →