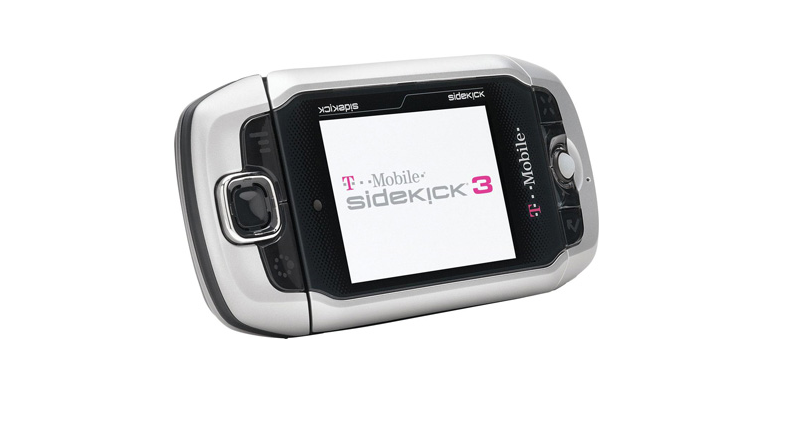 What were the most popular phones of 2006, and how do they stack up today?

2006, or 1BI (before iPhone) as future generations will call it, was a strange time for cell phones.

Forbes described the phones of 2006 as ‘slim’, ‘smart’ and ‘cute’, with a special emphasis on music after the success of the iPod.

Looking back, they were pretty primitive. Most of them focused on one feature, like a camera or an MP3 player, pretty much all of them had terrible screens and internal storage was so low that today’s selfie-obsessed generation would go into shock.

Here are five of the most popular phones of 2006 – did you own any of them?

This sleek looking slider was the coolest phone of 2006, boasting a super-futuristic design that came in five colors named after types of chocolate: Dark Chocolate, Mint Chocolate, White Chocolate, Strawberry Chocolate and Cherry Chocolate. Is anyone else hungry?

Erm…anyway, the Chocolate wasn’t just ridiculously good-looking. It also had a circular touch sensitive pad instead of the usual clicky-buttons of other 2006 devices. It didn’t always work that well but hey, who cares when you’re using something that looks like it’s from the future?

The real breathtakers, though, were the 1 megapixel camera and a whopping 128MB of internal memory, which was enough to store your copy of The Black Parade and not much else.

Despite being hugely popular back in the day, the Chocolate is hilariously outdated now. It makes you wonder what people will think about the iPhone 7 in ten years, though…

One of the most popular cell phones ever was still going strong in 2006, a full two years after it launched in 2004. When it was finally discontinued, over 130 million RAZRs had been sold worldwide.

So, why was the RAZR so popular? Well, it definitely wasn’t the specs: it had an eye-strainingly tiny 2.2 inch screen, no 3.5mm headphone jack (Apple took a step back with the iPhone 7…) and just 5MB of internal memory, which is crazy when you consider people these days moan that 32GB isn’t enough.

Nope, the RAZR was popular because it looked awesome. Using it made you feel like a secret agent, a cyber ninja and Neo from The Matrix rolled into one. If Motorola bundled current tech into a RAZR shell, we’d be first in line to buy it.

If you wanted the best tech in 2006, you bought a Sony Ericsson. Oh sure, other phones have cameras and MP3 players too, but Sony  gave them cool names like Cybershot and Walkman which made them seem a million times better.

The bulky but beautiful K800i (catchy name) featured a 3.2 megapixel camera, an MP3 player and a 64MB internal memory. It also included an exciting new technology called 3G; you know, the one that takes ages to load anything when your 4G drops out.

Did we mention James Bond used one in Casino Royale too?

AKA the BlackBerry for teenagers, until teenagers realised they could use a BlackBerry too.

The Hiptop 3 (or Sidekick 3) looked like a Game Boy Advance when closed, with the screen sliding up to reveal a full QWERTY keyboard. You could send email, instant messages and SMS, and even browse the web. Totally radical, as kids in 2006 might say (they didn’t).

Although it was popular at the time, the Sidekick 3 eventually went the way of the N-Gage and was crushed underfoot by the unstoppable power of the iPhone.

By 2006, the BlackBerry was already the phone of choice for high-powered business execs who couldn’t go five minutes without checking for new emails.

But BlackBerry wasn’t interested in the squares with the Pearl – it wanted teenagers to jump on board too. The result was a BlackBerry squished into a candybar design, with a 2.2 inch screen, 64MB internal memory and a bizarre compressed QWERTY keyboard with two letters for every key.

The Pearl got good reviews at the time but it wasn’t until 2007 that BlackBerry achieved world domination, when they released the much-loved Curve. Of course, that dominance didn’t last long…

Planning to upgrade to a new phone? Or just want to get cash for an old cell lying around the house? Check out our sell my phone page or trade in iPhone devices! Just get an instant price, ship it for FREE and we’ll pay you the day after it arrives. You can sell CDs, DVDs, Games, Books and other Tech at the same time too!

View all post by Chris Smith.
← Should you buy a PlayStation VR?
What tech does your state want most this Black Friday? →