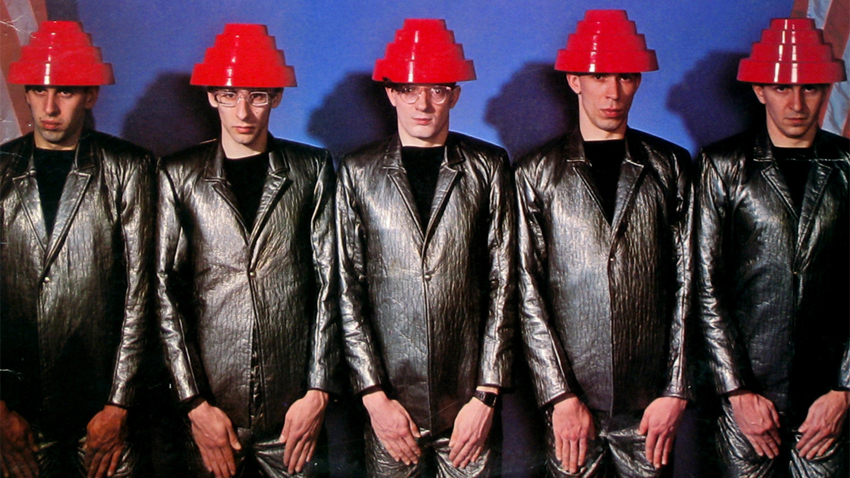 That breakup ballad you can only listen to alone in the car — cranked to 11.

These are just a few key indicators that a song likely falls into the one-hit wonder category. The artists who performed these tracks seemed so full of potential, poised to go platinum and beyond. Then they vanished from our collective consciousness and were relegated to the dustiest corner of our record collections, never to be heard from again. Or were they?

Here at Decluttr, we see a lot of CDs from the one-hit wonders of the world and it got us thinking, “Should we take another look? Was there more than that one single?” Here’s our take on a few of these flash-in-the-pan pop stars from the ‘80s and ‘90s.

Worth revisiting? Only if you haven’t heard it on the radio on the way to work this morning. This is easily one of the most overplayed songs of the ‘80s.

Did you know? This is the hit that almost never was. The band members put up their own money, $15,000, to fund the music video. Lucky for them it was picked up by MTV, put into heavy rotation and the rest is history.

Just the Two of Us

Worth Revisiting? The song is timeless. Like it or not, we’re sure you’ll hear it again…and again…and probably again. In other words, you’ll be revisiting it whether you want to or not.

Did you know? The song won a Grammy for best R&B song in 1982. It’s also one of the most covered R&B songs of all time. In fact, there’s even an Austin Powers cover, called the “Dr. Evil Mix,” where Dr. Evil sings to Mini Me.

Puttin’ on the Ritz

Worth revisiting? Only if you’re a fan of repetitive pop songs. This one’ll stay stuck in your head for days.

Did you know? Dutch singer Taco’s “Puttin’ On the Ritz” is a synthesized version of an old Fred Astaire song. In the music video there’s actually a tap dance solo added as homage to Astaire.

Worth revisiting? Only if you want to get the melody stuck in your head again. This song is one of the most recognizable in history and is also one of the most successful non-English songs to top Billboard charts stateside.

Did you know? The band recorded an English version which they strongly disliked. Keyboardist Uwe Fahrenkrog has been quoted as saying it was a mistake, mentioning how the song sounds silly translated. Don’t feel bad, Uwe. We prefer the German version too.

Worth Revisiting? Possibly. When was the last time you saw Zoolander?

Did You Know? The BBC actually banned this song when it was first released because they felt it was a tad too scandalous for the airwaves. My, how times have changed.

Worth revisiting? Maybe. If you are a fan of ‘80s synthpop or needlessly confusing animated videos, then definitely. Although not nearly as popular in the United States, many fans consider “The Sun Always Shines on T.V.,” the second single from the same album, to be infinitely superior.

Did you know? A-ha is still going strong. With nine studio albums already under their belt, they’re preparing to release a new LP later this fall.

Pump Up the Volume
M|A|R|R|S

Worth revisiting? Yes, if only to remind yourself it’s time to get rid of Jock Jams, Volume 1.

Did you know? “Pump Up the Volume” is truly a one-hit wonder and was the only single released under the moniker M|A|R|R|S. Born from the arty British 4AD record label, it ushered in a brand new sound in electronic music that was mostly ignored on this side of the pond.

Worth Revisiting: Most def. The song’s “wah-wah” guitar effects in conjunction with Brickell’s voice are timeless. This song hasn’t aged a bit.

Did You Know: Lead singer Edie is married to Simon & Garfunkel’s Paul Simon. She’s also been consistently releasing albums since “What I Am.” In fact, she her last release was a 2013 bluegrass album.

Worth revisiting? No. Odds are you’ll hear it at the next wedding you go to anyway. If you’re desperate for that catchy bass line, check out “Under Pressure” by Queen and David Bowie. It’s the same hook with 100 times the cool points.

Did you know? Mr. Ice’s real name is Rob Van Winkle, but we’ll hold off on the obvious jokes. These days Van Winkle has turned his attention to refurbishing properties as a successful real estate flipper. You can follow his adventures on “The Vanilla Ice Project,” which is currently airing on the DIY Network.

Worth revisiting? Not a chance. This song was annoying 20 years ago and it’s even worse today. In fact, it’s so bad that even the Alvin and the Chipmunks cover is better.

Did you know? Even though Right Said Fred was a bona fide one-hit wonder in the U.S., they were quite popular in their native England.

Worth revisiting? Totally. Is it bizarre that “How Bizarre” is just as catchy 20 years later?

Worth revisiting?Only if you’re running out of songs to play at your wedding reception or you want to show off your dance moves at the office holiday party.

Did you know?The song was so popular they decided to make a Christmas version. They spread some holiday cheer by adding lines from various Christmas carols over the song. Sound ridiculous? That’s ‘cause it is.

Worth revisiting?Most definitely. Out of nowhere Chumbawamba’s one-hit wonder became a global sensation. It sounded great back in the ‘90s and it still sounds good today. Go ahead. We dare you to listen and not tap your feet.

Did you know?The band turned down a $1.5 million offer to use their song in a World Cup ad. Instead, they decided to license it to a soccer video game and various TV ads.

Make extra cash and sell CDs online with Decluttr! Plus sell books online or trade in games! You can also trade in iPhone, make a MacBook trade in and more.

View all post by Decluttr.
← 5 of the Most Expensive Music Videos Ever Made
The Top 10 Saddest Love Songs Ever Recorded →