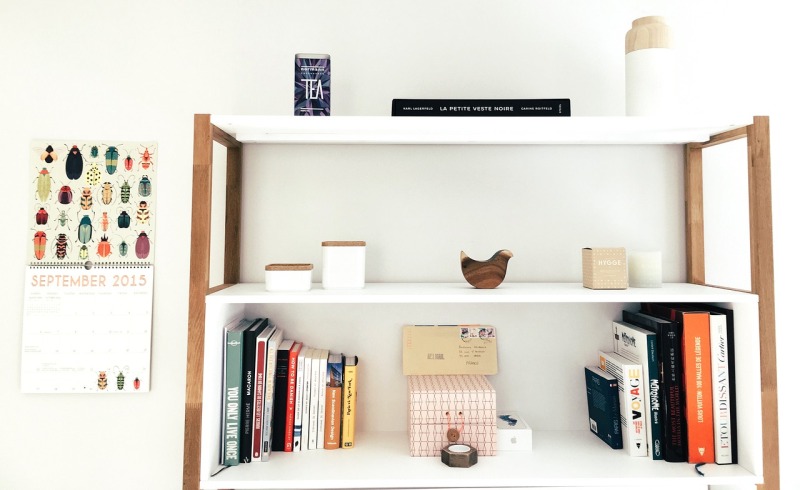 8 easy ways to keep your home clutter-free this year

America has a real clutter problem. Our 2015 co-study with the National Association of Professional Organizers found that 54% of Americans felt overwhelmed by the amount of a clutter they had, with 78% having no idea what to do with it.

Although that was just under 3 years ago, the problem shows no sign of getting better; millions of Americans still pay for storage space and hoard stuff they don’t need anymore.

It’s a shame, because decluttering has some awesome benefits beyond making your home look tidy: it reduces stress, makes you happier and saves you valuable time too.

It’s never too late to start though. Here are 8 simple ways to keep your home clutter-free this year.

Like anything, decluttering is much easier when you have something to aim for. Aimless decluttering, on the other hand, usually leads to boredom and procrastination!

Before you pick anything up, sit down and think about what you want to achieve. Which rooms do you really want to organize? Which unwanted items have been grinding your gears recently?

Then, write up some goals based on that info. Make sure your goals are realistic and specific; ‘clean the whole house’ isn’t realistic, but ‘organize the bookshelf in the lounge’ is. If you’re feeling really brave, set some deadlines too!

It’s easy to put off decluttering, but the longer you delay it, the more clutter you’ll amass.

The best way to get around this is to treat decluttering like any other important task and schedule some time to do it.

Block out a couple of dates in your calendar for decluttering, ideally a quiet weekend, and stick to it. It’ll be hard if you get a ‘better’ offer, but you won’t regret in the long run.

When it comes to the day itself, work in half-hour shifts and take regular breaks to avoid burnout.

Everyone needs a little inspiration every now and again. Luckily, there are tons of great books and blogs on the subject of decluttering.

Our personal favorites are the bestselling The Life Changing Magic of Tidying Up by Marie Kondo and The Minimalists blog, but take some time to explore and fill your mind with decluttering inspo and tips!

Decide what to do with your clutter

One easy way to do this is to set up three boxes with ‘sell’, ‘donate’ or ‘trash’ written on them. Just throw whatever you’re selling into the relevant box as you’re going along and you’ll save a ton of time.

There are some other novel ways to get rid of your clutter too; for example, if you’ve got a load of old clothes, you could hold a swap party with your friends. Although you’ll probably end up taking a few clothes home yourself, at least they’ll be clothes you want!

Decluttering doesn’t have to be a chore. There are loads of ways to make it more fun: put your favourite album on, call someone and put them on a loudspeaker, watch a movie or even just invent a silly game.

If you’re really struggling, ask a friend to come along and provide moral support. Even if they don’t help, having someone to talk to can make all the difference.

You probably have a few things you want to get rid of in mind already. But for a really effective decluttering session, you should question absolutely everything you own. You’ll be shocked by just how much stuff you haven’t used for a while.

If those things aren’t using don’t have any sentimental or monetary value, get rid of them. They’ll only weigh you down in the future.

No matter how often you declutter, your home is never going to look perfect. To paraphrase Dr. Ian Malcolm of Jurassic Park: “Life finds a way… to make your home messy”.

So don’t worry about making your home look perfect. Instead, focus on getting it to a point where you’re happy with it. You don’t have to turn it into a minimalist utopia; just a place where you feel relaxed, content and comfortable.

All that hard work deserves some kind of reward. Treat yourself!

Ready to declutter? We’re here to help! Sell your DVDs, trade in games, sell books, sell cell phones and tech (including Apple Watch trade in, iPad trade in ) today and we’ll give you an instant valuation, FREE insured shipping and next day payment.

View all post by Chris Smith.
← ‘Beat Broke January’ 10% extra offer terms and conditions
9 easy ways to save money in 2018 →