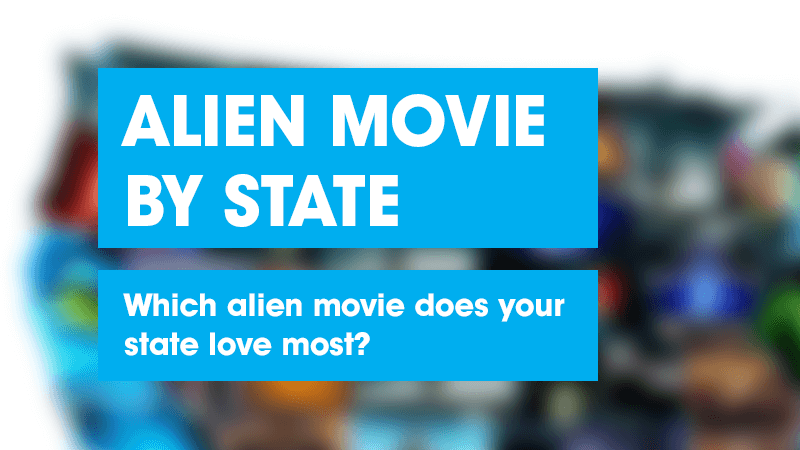 What is America’s favorite alien movie?

With people undoubtedly revisiting their favorite alien movies after the thrill of Covenant, we decided to find out by taking 50 of the most popular alien movies of all time and running them against Google Search Data to determine which has received the most searches in each state. Here’s what we found…

The most popular alien movie in America, according to Google, is the critically acclaimed Arrival. It came out on top in Alaska, Colorado, Massachusetts, Minnesota, Washington and Wyoming. Although it was only released last year, it’s already on its way to becoming a sci-fi classic.

In second place is another recent movie: Star Trek Beyond. The third movie in the new series was searched for most in Alabama, Maine, North Carolina, Virginia and Wisconsin. It beat both recent Star Wars movies, which only won two states each; Indiana and Oregon for The Force Awakens and New Mexico and Vermont for Rogue One.

What’s your favorite alien movie? Let us know in the comments!

Decluttr is the fast and easy way to turn your unwanted stuff into cash! Sell CDs online, trade in DVDs, trade in games, sell books online or sell tech, including trade in iPhone, make a MacBook trade in and more. Just get an instant price, ship them for FREE and we’ll pay you the day after they arrive.

View all post by Chris Smith.
← Which Disney Princess does your state love most?
What is the worst movie ever made? →