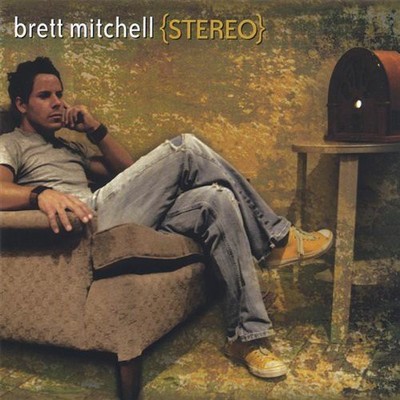 Biography See the complete show schedule for Brett solo and with his bands on brettmitchellmusic.com Award winning Michigan singer/songwriter, Brett Mitchell, along with his band, the giant GHOST, is ripping up the Midwest with his live must-see show. Brett, born (too late) and raised in Midland, MI picked up the sticks in his early teens & fell in love. Drumming professionally by age 17 in a variety of bands, he began songwriting. To assist his writing, he taught himself guitar & by 2005 had recorded his debut album called {Stereo}, playing virtually all the instruments. One by one musicians approached him to support his live performance & the giant GHOST, Brett's talented backing band, was formed. The giant GHOST consists of Steve Tschaikowsky on bass, Marko Musich on electric guitar, Loren Kranz ( previously with the Ragbirds) on keys and drums when Brett's on acoustic as well as additional musicians for specific shows: Rick Manges, Scott VanDell and Mike Cramton. In 2007, Brett released his 2nd project, Small House, which includes the popular track, Born Too Late, and introduced his award winning Born Too Late video. His heartfelt & sincere songwriting is not the only draw; the live show is literally riveting with Brett singing lead from the drums and/or acoustic guitar and playing multiple instruments at the same time. Brett's third album, Falling Apart At The Seams, released to rave reviews and he is making plans to enter the studio with his already written fourth project. Choose an all originals show, an all covers show or a mix, suitable for listening and/or dancing. Brett is a maniacal world class drummer. You can see him holding a solid beat for his side project, GUTBUCKET, based in NYC. GUTBUCKET is a power trio with Michigan Idol winner and electric guitar virtuoso, Dave Kellan, from NYC and Jacob Krull, bassist (Hey Marco!) from Grand Rapids. Booking contact: Jan Hecht, Exclusive Entertainment [email protected] 989.430.8585.

Here's what you say about
Brett Mitchell - Stereo.