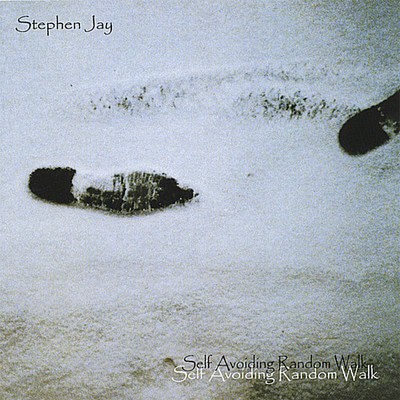 Stephen Jay is a bassist, vocalist, and multi-instrumentalist. His original music is Bass-driven, innovative, exotic Funk, blending world influenced polyrhythmic grooves with elements of Jazz and Rock. Combinations of ethnic and modern instruments result in unique, richly textured musical images. Stephen\'s bass recording credits include 3 Grammy winners and 9 Grammy nominated albums. He is the credited bassist on 9 Gold and 5 Platinum albums (RIAA). Stephen specializes in combining ethnic and modern instruments to create a blend of the exotic and contemporary. He has scored more than seventy nationally broadcast PBS specials and series episodes, including three George Foster Peabody Award winners, and contributed to several feature films. His background includes a BA and MM Graduate Fellowship in composition, and studies with composers John Cage, Lucas Foss, Max Neuhaus and Charles Wuronien. Stephen's past work includes performing and recording with Wayne Shorter, Hugh Masekela, Alex Acuna, Luis Conte, Isah Hamani, Joe Higgs, Betty Buckley, Jimmy Haskell and others. He is an original and continuing member of Al Yankovic's band. Stephen's bass and drum duo, "Ak & Zuie" has toured the US, Canada, and Australia, and has appeared PBS. His world music experience includes performance and studies throughout West Africa and Southeast Asia. From his field recording of world music Stephen produced 2 albums for the Nonesuch Explorer Series. Acclaim; \'Stephen Jay\'s stellar bassplaying induces goosebump moments. This is why I listen to music. Strong, particularly well-crafted songwriting, \'Self Avoiding Random Walk\'\' is a must CD for any true music lover.\' -Joe Kelly, Radio Show Host "Stephen Jay's compositions range from high voltage and hard driving to exotic and delicate with endless wavelengths in between. Extraordinarily unique. His skilled bass playing borders on magic." -Steven R. Heard, Producer "I have personally followed Steve Jay\'s playing for over a decade and it is difficult - if not impossible - to find another bassist who can play the number of styles including the range of tones altered per song. It is clear that a talent like this is very rare.\' -Elliott Rubinson, Dean Musical Instruments "Steve Jay defies categorization. Who else can play Bach counterpoint and Bootsy funk without missing a beat? And then throw down his own sound and style as distinctive and original as anything you've ever (make that never) heard. As a composer, he's a maverick architect of groove. Steve's songs assault you with intricate complexity, assuage you with timeless melodies, and elevate your soul with intense beauty and humanity. -Rob Mikuriya, Producer "Stephen Jay possesses that rare gift of the courage to stand apart. He is like no one else and that is his greatest strength. Steve harbors vast amounts of genuine personality and it shows in all that he does...his voice, his songwriting abilities, his humor and lyrical intelligence, and lastly, his skill at drawing the most beautiful of sounds from his instruments. It is well past time that the world realizes what gifts this man holds". -Warren Murchie, Global Bass Magazine.

Here's what you say about
Stephen Jay - Self Avoiding Random Walk.