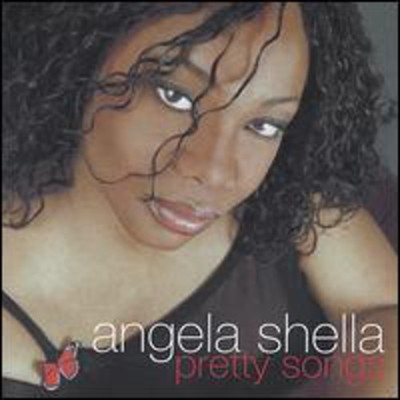 Angela Shella is a musical treasure chest. Her debut CD 'prettysongs' is a most delicate array of music. Smooth jazz,  soul, R&B, gospel and inspiration;'prettysongs' evoke the aura and musical essence of Anita Baker, Sade,Tony Braxton,  Angie Stone, all of whom have influenced Shella in a unique way. In'prettysongs', her musical incantations are smooth and subtle. She is smooth and emotional. She sings a great song. Her lyrics have been described as 'remarkable' and her music as 'refreshingly uplifting.' Producers of the CD include Angela Shella, Robert Meeks, and Thierry Dejean. Ask her who she is and Angela Shella will tell you she is 'a sensitive woman who loves to sing.' That love was first nurtured at age four when Shella wrote and sang her first song. That was when the miracle began. She writes music for all of us. She writes about life; the blues, fear, frustration, God,  love, strength, and courage. A love that is vivid on stage when she performs live. Shella touches your soul. She has appeared with gospel artist Donnie McClurkin,  and jazz pianist Michael Camilo. Her musical roots are planted deep in the church and keeps her standing firm as an artist of great distinction and mental fortitude. Her song "Lord of Glory" recently placed it's way onto BILLBOARD as a winner of Billboard's Song Contest. Angela Shella maybe one woman but she is certainly not one sound or one kind of music. Her diversity is extraordinary. She has the power to comfort and soothe you like the bosom of Jesus and then she can make you want to love like there is no tomorrow. Her voice rocks. If her music could do anything for this world, Shella hopes her voice can inspire others 'to think about their life experiences and be grateful for what we take for granted, freedom, family, health, and so many other things.' Shella says, 'perhaps my music may inspire people to get out of bad relationships. Perhaps my music may inspire people to think positively and be encouraged, in spite of negativity, to seek strength emotionally, mentally, and spiritually.' Described as 'a huge voice trapped in a tiny body', the petite powerhouse studied chemistry, voice, and theater. She is not only talented. She is brilliant! And sophisticated too. Angela uses one word to describe herself and it's 'creative.' And she would have to be since 'prettysongs' her debut album contains 12 songs co-written and co-produced by Shella. She is currently working on her second album.

Here's what you say about
Angela Shella - Prettysongs.