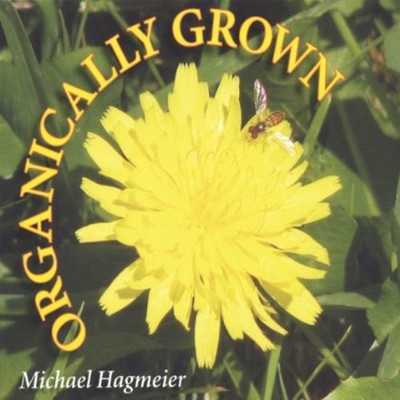 This CD was recorded over a period of two days, using musicians from a variety of backgrounds, including jazz, Middle-Eastern, Native American, and bluegrass. The music we produced is a melding of all those styles. The musicians on this recording are: Michael Hagmeier: Didjeridu Laura Quigley: Acoustic upright bass, vocals, and some inspired drumming. Robert Carson: Electric guitar Talia Toni Marcus: Violin and viola David Reihs: Turkish saz, riqq, accordion, and frame drum Chris Kokesh: Fiddle Alexandra Schaefers: Alto Saxophone Qahira beejee Peco: Native flute It is a great honor for me to record with such fine musicians. Michael Hagmeier ___ Here's what Kurt Selvig, the recording engineer, has to say about this recording: It seems an ambitious statement to make about something as common as a CD, but this CD will change your life on a number of levels. After today, you live in a world that includes Michael Hagmeier, a master of the didjeridu; you also live in a world enriched by the incredible talent that joins him in creating this perfect marriage of multicultural instruments, sonic textures and spiritual disciplines. There are relatively few recordings that can be referred to as 'landmark.' In the jazz idiom, there is Dave Brubeck's timeless Time Out album that explores unusual time signatures; in the realm of rock, The Beatles' Sergeant Pepper's invariably comes to mind. Both of these albums are classics for much the same reason - they explored new musical territories with the freshness of innocence and the confidence of genius. As time passes, Organically Grown will enjoy this status for the same, and a couple of other, reasons. This recording was made direct to digital without the benefit of overdubs, arrangements, or even preconceived songs, and it was made in the course of two four-hour sessions that not only yielded enough material for this disc, but enough for a respectable beginning of a second! The artists had only their talent and their acquaintance to Michael in common - many had not met each other prior to the sessions - everything you hear is spontaneous and you hear it as it was recorded the first time; there are no second takes. So, feed this to your CD player and take a fast look around at your old world - it's all about to change. . . . Kurt Selvig June 2005.

Here's what you say about
Michael Hagmeier - Organically Grown.