Puritan - How to Move a Piano 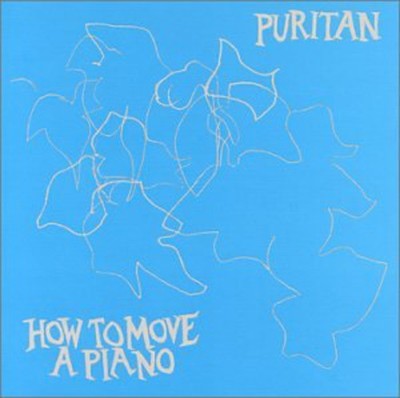 Puritan is the nom de guerre of guitarist and singer David Hamma, former member of Los Angeles' psychedelic pop misfits, The Burning Sofa No. 10 and The Burning Softies, two versions of the same band responsible for the brilliantly off-kilter two-CD opus, The Curtain Drawn and The Curtain Parted (Skinny Chest); as well as the earlier sprawling, lo-fi gem, Great West Life / The Days Of Outdoor Haircuts (Krown Pocket). Beginning in 1995 as a side project, Puritan first issued three cassettes (now out of print) - EP; daggers, early; and Tea Party. Sagittarius (Skinny Chest), a collection of songs from 1994 which first appeared in cassette form and some of which appeared on a Burning Sofa No. 10 7' (Krown Pocket), was finally released as a full length CD in 1998. From 1996 to 1998, Puritan took a backseat while the Sofa (soon to be rechristened The Burning Softies) devoted themselves to what would become The Curtain Drawn/Parted. When those records proved to be their swan song, Hamma and Burning Softies drummer Lindsay Glover started working on some new songs and soon they were back with Ed Smith, another Softies member, in his Lufthansa Garden studio, recording what would eventually become How To Move A Piano (Elsinor). Puritan has performed both solo and as a full group experience, at times including fellow Burning Softies bandmates, Smith and Glover (now playing drums for Wiskey Biscuit) as well as Heidi Nelms (Hinterlander), Jerry Zinn (Le Pepes) and Christopher Kidd (Happy Apples, Rubber Band) DISCOGRAPHY: Come Sit By The Lake Tonight (2004, Skinny Chest, CD) How To Move A Piano (1999, Elsinor, CD) Sagittarius (1998, Skinny Chest, CD) Triptych: EP / daggers, early / Tea Party (1995-1997, 2005, Skinny Chest, CD-R)

Here's what you say about
Puritan - How to Move a Piano.