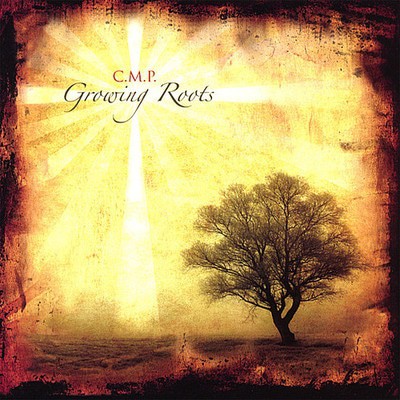 CMP stands for the Campus Music Project, a compilation of music written, performed, and mixed by students at George Fox University in Newberg, Oregon. Artist Biographies Joel Bock & Jacob Jolliff Joel and Jacob began jamming around 2003. As Joel developed his song writing, Jolliff's amazing musicality brought the music to a whole new level. The duo plays with amazing dynamic and quality, layering harmonies and rhythm that complement one another in unique and melodic ways. Joel has released instrumental albums with other bands, and while still a high school student, Jolliff has played mandolin for L.A. recording sessions with David Grisman. Folloween Winter Folloween Winter is a group comprised of two guys: Bryan Harada & Kyle Bilinski. They met in the fall of the '06-'07 school year at GFU and instantly became good friends. It was only days after that they started jamming together on Bryan's apartment porch and begin making smooth tunes. Later, they invited Evan Burt to play the guitar (on "One Day") so that Kyle could focus on the ukulele and bass. They hope to continue creating music in the future that is fun and light. Venia Created after playing at a women's retreat fall of 2006, this band recently came out with their first album - Venia - in January of 2007. Home grown in Portland, their violinist, Anna Ward began playing violin at age five, after being inspired by a violinist on Sesame Street. Becca Couch, from Roseburg, has been playing piano since she was eight and singing since she was eleven, and is now a music major at George Fox University. Journeying from Colorado, Venia's songwriter, guitarist, and lead vocalist, Karen Vogan, began her music career at the age of five when she began singing at church. These three young women share a desire to glorify God with their lives and serve Him in their talents with music. Evan Burt Evan Burt started playing the guitar at twelve, at the time influenced by artists such as Michael W. Smith and Skillet. He started writing music at fourteen, and at fifteen his band had the opportunity to play their songs live on TV. He has been leading worship for six years at his hometown church in Woodburn, OR and is planning on releasing a CD in the summer of '07. He enjoys playing worship songs above all, but loves composing and sharing his music with whoever wants to hear it. Rohan Cordy My name is Rohan Cordy. Love and be loved. Don't ever let the beast conquer your decisions. 'Don't follow leaders, watch your parkin' meters' - Bob Dylan Eric King I am a junior marketing major from Sisters, Oregon. I enjoy rolling through neighborhoods, with windows down, while blasting Mariah Carey. I also like Nascar. Gordon Avery Gordon Avery's aggressive cutting-edge Rock sounds familiar, but leaves the radio airplay cookie-cutter to the Pop/Rock bands. Known for his high energy shows and infectious melodies, Avery's fans walk away singing his songs for days. As he continues to develop and expand his audience, his music will undoubtedly create excitement wherever he goes. Contact Gordon at myspace.com/gordonavery, purevolume.com/gordonavery, or [email protected] Chelsea Ingber I love to sing and write music. It is a passion of mine, as well as an escape. My only hope is that I can share it with people and they can somehow relate. This is just the beginning, as I hope to complete and EP sometime this summer. Thanks for your support! It is greatly appreciated. :) Life through the Eyes Life Through the Eyes is a band in it's embryonic stage. We like to think of ourselves as melodic acoustic rock saturated with rich harmonies. We make music that we like to hear and have fun doing it. We are Life Through the Eyes. Sara Mendoza I can't think of a better way to glorify and praise God than singing songs that worship Him, that speak of His truth and mercy and that tell of His unfailing love. God is the reason for my songs; He is the reason for my joy every time I pick up my guitar and play. God has given me so much that I can't help but use the one thing I love so much, music, to worship Him. He has brought me through difficult times and has blessed me with so much more than I ever could have imagined. How can I not love this God? How can I not worship Him with everything I am? I pray that my life and actions serve as a reflection of His work in me. Myspace.com/raramendoza Hometown Prophets Although not officially a band, this group of musicians have played together extensively in various venues ranging from coffee shops, albums, stages in Portland, to jam sessions at home and around town. With a wide variety of backgrounds in different musical genres, the group brings together a warm, intimate feel to their sound. Kelsey Tresemer I am not a musician. I am a mechanical engineer. Actually, I am an actress, posing as a mechanical engineer, in order to further my plot to take over the world. ...A really sexy mechanical engineer. But definitely not a musician. The song 'Melancholy Molly' happens to be about my roommate, Molly. If you're inquiring if the song is true to her nature, I can answer with a resounding 'Hell, yes!' and encourage you to discover for yourself her wonderful, wily ways. But be warned: she bites. The song itself is a fulfillment of a promise and I hope you like it, even if you don't quite understand all the hidden meanings contained within it's prose. Rez. Rez. ^#^started out on an Apartment Resident Assistant's (RA's) retreat in the fall of the '06-'07 school year at GFU. Bryan Harada & Scott Foco both attended the retreat. During the weekend, Bryan & Scott created uplifting songs that seemed to touch on issues in everyday life. Since then, the two have enjoyed collaborating and making music that helps people find peace in their lives.

Here's what you say about
Cmp - Growing Roots.