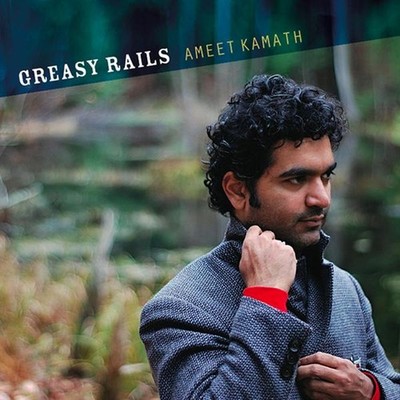 As a young Jesuit school choirboy in Mumbai, Ameet Kamath found that beyond the guilty pleasures of Bollywood production numbers lay the even guiltier pleasures of Western top-of-the-pops rock that found it's way east-The Beatles, ABBA, and Queen-and that eventually brought him west. "My parents thought I'd grow out of it. But I didn't. That was the scene I fell in love with-the singers and bands who showed off their stuff to audiences who understood the fun and joy of the music. I still haven't grown out of it. Instead I've grown into it." What he grew into, while living in London, New York, and San Francisco, was a way to give voice to his experience of the modern, young, Indian diaspora-not the stereotype of the immigrant Indian cab driver or doctor-in the musical language he'd come to love. "I wanted to be an Indian vocalist who told his stories through Western pop. How hard is that to imagine? Pretty hard, I guess, from the reactions I used to get when listeners didn't hear any bloody tabla or sitar. Look, I didn't want to be another Indian crossover singer. If my music crosses over anything, it's from pop to folk-rock." Those, to him, were the global languages, the barrier-breaking languages. How well he succeeded is evident from the very first cut of his debut album, "Greasy Rails." The finely-crafted lyrics reveal a gifted storyteller who sets his driving pop-rock rhythms (sans sitar and tabla) to fearlessly personal tales of the Indian diaspora. "Greasy-Rails" is pleasure-pumped global rock that defies and surpasses cliché. Uncompromised pop, New York- bred and Mumbai-bound. ------------------------------------------------------------------------- Credits: Bass - Benjamin Wright . Guitar - John Shannon . Percussion - Matt Kilmer . Drums - Ziv Ravitz . Trumpet - Michael Shobe . Saxophone - Richard Howell Piano, Organ, Cello, Strings - Art Khu Vocals & Background Vocals - Ameet Kamath Lyrics and composition - Ameet Kamath Arrangements - Art Khu, Ameet Kamath Vocal Arrangements - Jon Evans, Ameet Kamath Recorded at Dirty Soap Entertainment, New York City & San Pablo Recorders, Berkeley Engineer - Donald Edwards Engineer - Jon Evans Engineer - Andy Freeman (Bay Area Tone) Mixed and Mastered by Will Schillinger at Pilot Recording Studios Mixes produced by Will Schillinger Stephen "Stitch" Keech - Assistant Engineer at Pilot Recording Studios Publisher - ASCAP Producer & Executive Producer - Ameet Kamath.

Here's what you say about
Ameet Kamath - Greasy Rails.