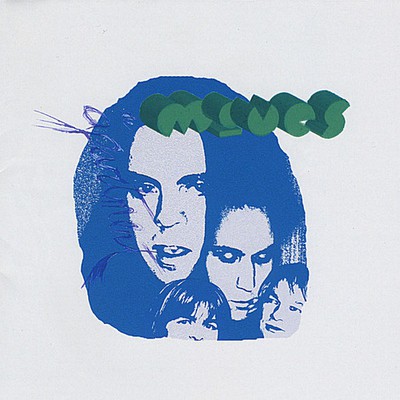 Harlem-based indie rock quartet, Baskervilles, are no strangers to 60s pop and 70s Sire new wave and it's evident on their newest album, Twilight, produced by the legendary Mitch Easter (R.E.M., Pavement, Birds of Avalon). And though Baskervilles draw on the past for some inspiration, their songs are infused with buoyant and modern pop sensibilities. The result is one of the finer strains of music likely to brush it's melodic tentacles across your eardrums this year. The band consists of Rob Keith (vocals, guitar), Stephanie Finucane (vocals, keyboards, guitar), Chirstoph Gerozissis (bass) and Craig Van Orsdale (percussion, vocals). If the name Baskervilles sounds familiar, you might recognize them from their headlining slots at 2005's San Francisco PopFest and 2007's New York Popfest. Or perhaps you were at the swinger's party that Baskervilles once performed at by accident. Maybe you're aware of their 2004 benefit for Dan Treacy and the Television Personalities or their 2002 performance at Zurich, Switzerland's Migros Museum, where they performed in connection with an exhibit called, St. Petrischnee: 60s/70s Psychedelic and Transgender Art which included work by Yayoi Kusami, Theo Altenberg and a film show curated by Pulp's Mark Webber. Baskervilles' self-titled debut album was released in 2004 with the Midnight EP coming out a year later on NYC's Secret Crush Records. Twilight was originally conceived and released as a series of 14 free downloads on Baskervilles.net. The site served as a musical and visual art exhibition with each song featuring corresponding artwork from important contemporary artists such as Wilhelm Sasnal, Lothar Hempel and Andrew Guenther. Keeping in that tradition on the full-length, each song paints it's own picture as part of a larger collage. Drawing on classic pop influences, Twilight is an album for fans of proto-punk bands like Talking Heads, Roxy Music, and Blondie as well as contemporary acts such as Belle & Sebastian, Apples In Stereo, and the Shins. There's no denying that Baskervilles and Twilight are here and now. - Brian McKinney, 1-Up PR.

Here's what you say about
Baskervilles - Twilight.