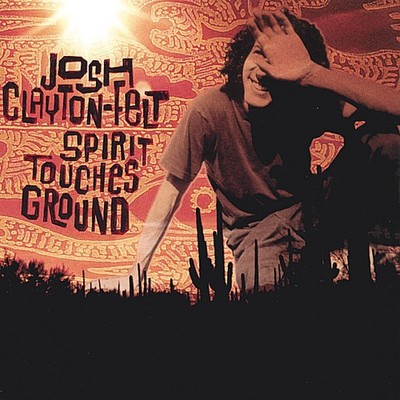 5 Years in the making. Josh Clayton-Felt's Spirit Touches Ground is available now! Sometimes the relationship between an artist and his audience is so powerful that nothing can come between them - not even death. Such is the case for fans of the late singer-songwriter Josh Clayton-Felt, whose Spirit Touches Ground arrives now after years of delay. Though his music generally transcends stylistic categorization, the Los Angeles Times called Josh's work 'classic rock in the best sense... full of melodic hooks of groove-laden funk crossed with notable, memorable songcraft.' In fact, many believed he was on his way to becoming an important rock artist when cancer ended his life at 32. Josh's early career was an aspiring musician's dream - dropping out of Brown University to focus on music, he moved to Los Angeles and formed School of Fish. The band's debut album, with the hit 'Three Strange Days', sold nearly half a million copies. After releasing a second album, Josh began his journey as a solo artist. After touring with Tori Amos in support of his solo debut, his career got caught up in various record industry mergers and realignments. A less committed artist might have stopped writing and performing. Yet Josh persevered, and started work on his new album. Beset by mysterious pain, he kept a positive attitude and worked to make sure his new record was exactly what he wanted it to be. One week after putting the finishing touches on the final mix, Josh was admitted to the hospital with a rare and invasive form of cancer. On January 19, 2000, less than a month after entering the hospital, Josh passed away. Now, with the support of his family and the loyalty of a coalition of musicians, industry representative and others, DreamWorks Records is releasing Josh's final work, to hit the streets on February 12, 2002. In memory of Josh, and in his spirit, a portion of the proceeds from the album will be donated to benefit The Nature Conservancy and Save The Music Foundation. Josh said he was inspired by artists who had a deep and spiritual connection to their music, and that connection is startlingly evident throughout this new album. A friend once called Josh 'a man who walked with one foot here on earth and one in the spirit world.' As Josh writes in one of the songs on Spirit Touches Ground: 'If you want to get through/To the other side/Let the dragonfly/Come and give you a ride.'

Here's what you say about
Josh Clayton-Felt - Spirit Touches Ground.