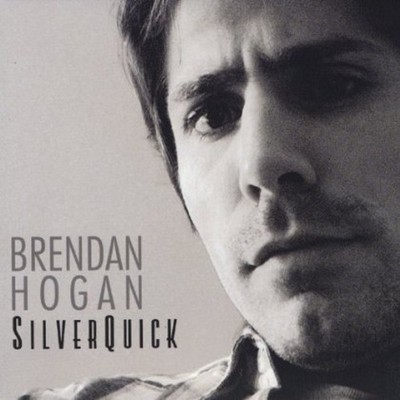 Somewhere in America, artists are still making records. There is still a place for experimentation, taking chances, and leaving in mistakes; for lyrical imagery and themes that tie songs together. It does not include hired-gun songwriters, rehashed ideas, and an aim to get famous quick on flash and superficiality. Brendan Hogan's second solo album, 'SilverQuick', was recorded in a home studio using a single microphone, a few guitars, a couple old tube amps, and a lot of experimentation with ordinary (and extraordinary) household objects, analog and digital synths, and a lot of delays. 'SilverQuick' features 12 new songs, and a 10+ page booklet with lyrics, artwork, and instrumentation details. It was released on Valentine's Day 2012, and the album is a "Do What You Want With It" release. That is, it's only available for sale as a CD via brendanhogan.net, but once you buy it you may do with it as you please: Import it into iTunes, or give it to a friend. But do it justice at least once and sit down at a CD player and listen to it with the booklet. It's worth it. In late-2009, Hogan wrote and recorded his debut CD, 'Long Night Coming', featuring original roots, modern folk, and blues-based songs, as well as two familiar standards in the folk and country genres. His work in songwriting and performing since it's release has seen him share stages with Kris Delmhorst, Slaid Cleaves, Geoff Muldaur, Ray Bonneville, Eilen Jewell, Les Sampou, Spider John Koerner, and others in the Northeast US and beyond, and the popular NPR radio show 'Car Talk' featured Hogan's song 'Big Black Car' on it's program in late-2011. The Boston Phoenix newspaper has called Hogan 'a distinctive new musical voice'. Folks like The Black Keys and Jack White get it. Hell, even John Mellencamp made a live-to-tape mono record recently. True music fans expect a little more from the artists they appreciate, and Brendan Hogan's new album 'SilverQuick' stays true to the methods of making a genuine album. -- Brendan Hogan also hosts, programs, and produces a weekly music program called 'Dark Was the Night' featuring blues, roots, and songwriters on WUMB radio in Boston.

Here's what you say about
Brendan Hogan - Silverquick.