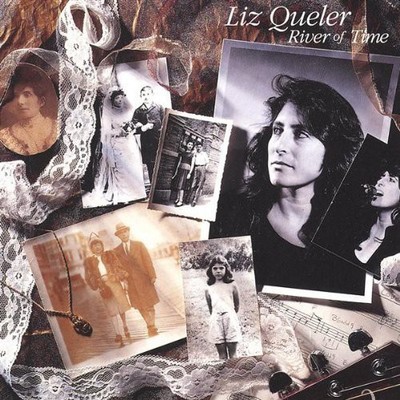 Singer-songwriter Liz Queler is marking this last year of the century with a flourish of creativity, beginning with the birth of her first child and ending with the recording of her 3rd CD. In between were debuts at the Newport Folk Festival, the Kerrville Wine & Music Festival as well as appearances at NY's Bottom Line and numerous opening act performances for artists such as Richie Havens, John Gorka, Cheryl Wheeler, Steve Forbert, Janis Ian, Guy Clark and many others. A native New Yorker, music has always been an important part of Liz's life. As the daughter of the esteemed opera conductor - music director Eve Queler, she literally grew up on the stages of stately New York concert halls as a member of the New York City Opera's Children's Chorus. 'When I was a child, I would listen to the great singers in our home and go to sleep at night singing the arias I had heard that afternoon' she remembers. She nurtured a strong interest in folk music while in high school, studied in France where she performed weekly at a restaurant singing in both French and English, graduated Tufts University, and then attended Berklee College of Music for jazz piano and guitar. 'I love good music -- I don't care what style it is. I was pursuing all the music that appealed to me, which covered many different genres, so I had to reel myself back in and figure out what it was that really spoke to me. Ultimately I went back to the acoustic guitar.' Upon her return to New York she gained entrance to the Big Apple folk scene as backup singer for widely respected Red House recording artist Cliff Eberhardt. This was a significant step on the path to recording her own solo albums. Liz's debut album 'River of Time' was released in 1995 and well received by the public, critics and radio, finding slots on 200 radio playlists around the country and Canada. Her second release 'Silent Witness' won the attention first of Palmetto Records who signed the CD for distribution and then of Bug Music with whom she signed a publishing deal joining an impressive roster that boasts an array of talent from Johnny Cash to Janis Joplin. In addition, she's won the prestigious Billboard 'Songwriting Achievement Award' twice, as well as the National Academy of Popular Music's Abe Olman Scholarship for Excellence in Songwriting in 1996. A singers' singer, Liz subsidizes her creative endeavors by singing and composing for TV and film scores (including Disney's The Little Mermaid, Barney's Great Adventure and PBS's Wisdom of Faith), and commercial jingles (Exxon, Gatorade, Sprite, Meow Mix, etc.) Most recently she sang the great Rogers and Hart standard 'My Funny Valentine' for an American Masters' series biography on Lucille Ball which airs nationally on PBS. These days, there are countless numbers of singer-songwriters everywhere. Only a few, however, possess a distinctive singing voice and the ability to write intelligent songs with melodies that flatter the voice. Liz belongs to this special group, occupying a musical landscape where folk, country and pop intersect.

Here's what you say about
Liz Queler - River of Time.