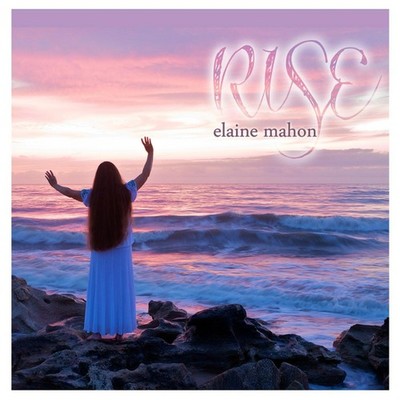 Elaine Mahon was born to sing, and sing she does with lyrical songscapes that are lovingly painted with imagery gleaned from the natural world. Her voice rises effortlessly on intricate and alluring melodies which move through unexpected, yet pleasing changes. A Gainesville native, her sensibilities as a songwriter developed from a childhood spent roaming the woods and the beaches of North Central Florida. A masterful storyteller, Mahon forms an immediate and intimate emotional connection with her audience. An astute observer, with a deep love of nature, Mahon wields lyrics like an artist wields a paintbrush. Her attention to detail and her understanding of the power of broad brush strokes makes her songs both captivating and memorable. Add to that a sweet, resonant voice, capable of expressing a wide range of emotion, and you have a winning combination. These qualities are delightfully reflected in her 2013 release of RISE, which features a collection of finely-crafted songs delivered straight from the heart by her clear, expressive voice. Though the songs on RISE are remarkably varied in subject matter, and cover a broad range of experience, they are beautifully tied together by the thematic threads running through them. Mahon's deep appreciation for life on Earth and her joy in living it are clearly reflected in the opening and closing tracks of RISE: 'Rise Up Singing' and 'Give it Up. ' Both are celebratory and anthemic, climaxing with rich vocal harmony arrangements courtesy of multiple Grammy nominee Penny Nichols. A keen observer, Mahon's attunement with the natural world is especially evident in the songs 'One by One,' 'This Garden Place,' 'Rio' and the a cappella number 'Six Pelicans' in which she employs poetic imagery to paint her vivid physical and emotional landscapes. Equally at home as a storyteller, Elaine's richly detailed stories (whether personal, historical or mythological) are carried convincingly along by engaging and often haunting melodies. Songs like 'Dust Tracks in the Road,' 'Rio,' 'The Selkie Bride,' ''56 Chevy' and 'Calusa' (a co-write with Nashville songwriter Lisa Aschmann) nicely exemplify Mahon's talent as a storyteller. Ever imaginative and inquisitive Elaine also explores, with playfulness and intensity, the informative power of dreams in her songs 'Rabbit Hole' and 'Honey Tree,' invoking the suggestive power of vocal and instrumental arrangements involving cello, fiddle, banjo and mandolin. Last but not least RISE includes three achingly beautiful songs of resilience and hope, love songs which span a lifetime: 'Harvee's Song 'a ballad of grief and healing from the perspective of the departed; 'One by One' which celebrates life-long love through a shared memory; and 'So Small', a ballad of hope celebrating the birth of a baby, born very prematurely. Keeping close to her roots, Mahon recorded and co-produced RISE with Lon and Elisabeth Williamson at Gatorbone Studios in Keystone, Florida, a studio which highlights music created and performed in Florida. A carefully selected ensemble of players including Penny Nichols on harmony vocals, Gabe Valla of the Gatorbone Band on acoustic guitar, Jason Thomas of the Grammy Winning Claire Lynch Band on fiddle ('Dust Tracks in the Road' & 'Honey Tree'), Hannah Alkire of Acoustic Eidolon on cello ('Harvee's Song,' 'Rabbit Hole' and 'The Selkie Bride'), and Tuck Tucker on Dobro ('Rio' and ''56 Chevy') lend their support to the songs on RISE. What most people don't know is that Mahon holds a Ph.D. in Astronomy. Her work in extragalactic astronomy imbued Elaine with a broad perspective which strengthened her appreciation for nature, the primary source for her lyrical imagery. During graduate school, Mahon found herself turning her energy towards songwriting. By the completion of her post-doctoral appointment, Elaine had made the decision to remain near family in Gainesville and to pursue a career in songwriting instead. Mahon began to work on the recording of her first CD SEAMLESS and to perform in venues throughout Florida, Georgia, and Alabama. By the time SEAMLESS was released in 1995, Elaine was eight months into her first pregnancy and her focus naturally turned to motherhood. SEAMLESS received excellent reviews, but Mahon wasn't able to follow up with touring and promoting the record. Busy with raising her son, Elaine - yet ever attentive to her muse, continued to challenge herself at home as a writer, singer and guitarist. With the release of RISE Mahon celebrates a return to a promising career as a singer and songwriter. The variety and depth of her work today provides strong evidence of a mature writer who can effectively blend diverse influences to create a coherent collection of songs. The result is an album that is melodically, lyrically, and sonically enchanting. Remarkably, the instrumental and vocal embellishments on RISE enhance and honor Mahon's principal role as a solo performer and capture her joy of singing, a joy that emanates from her performances and resonates with her audience.

Here's what you say about
Elaine Mahon - Rise.