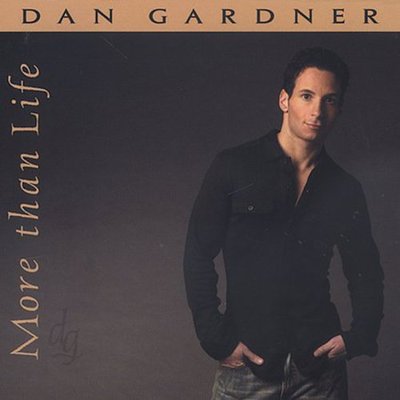 NBC TODAY SHOW/AMERICAN IDOL SUPERSTAR WINNER - DAN GARDNER? TV/MEDIA *Dan wowed the ears and captured the hearts of millions when the NBC viewers voted him Today's Superstar" with over 66 million viewer impressions and 11 appearances on the NBC Today Show *Dan's hit radio single, "More Than Life," reached #12 on the Top 40 Adult Contemporary Radio Chart. *Dan filled in for American Idol winner Kelly Clarkston at the Lighting of the Christmas Tree Ceremony on Rockefeller Plaza on NBC television. Dan Gardner He wowed the ears and captured the hearts of millions when the NBC Today Show viewers voted him "Today's Superstar" in the highly rated television program's music icon talent search. Now known internationally, Dan Gardner is again showing why he was chosen over thousands of contestants and six finalists as the television viewer's favorite. His incredible debut album, "More than Life", is available nationwide. Gardner wrote and produced on his album, and the first single climbed quickly to the #12 position on the Adult Contemporary top 40 radio chart. Fourteen-time Grammy winning producer and songwriter David Foster (Whitney Houston, the Beatles, Celine Dion, Rod Stewart), who has worked with Gardner, observes, "Dan can really sing. To the people's credit who voted, they picked a guy that really, really, can sing. He has a great sense of timing. He gets it. He has a great delivery of the lyrics, and really seems to care about what he is saying in a song." He makes his listeners care. In More Than Life, there's love lived and lost, and Gardner maps out that journey, from a relationship's first bloom in 'Crazy Kind of Love' and the gift of special connections in 'All My Life,' to the doomed trysts of 'My Heart is Breaking' and 'Nine Lives.' With More Than Life, Gardner's voice is a ribbon of color that ties together the album's songs and wraps each one in it's own emotional package. Sometimes silk, sometimes suede, his vocal textures give the material a truly palpable quality. 'Singing allows me to play the part of the storyteller, which is always interesting to me,' says Gardner, who waxes prolific in the blues-drenched narrative, 'My Heart is Breaking.' Irresistible pop for grown-ups, More Than Life is completely get-able. Gardner is a consummate entertainer - vocalist, songwriter, performer and producer. All of these qualities are wholly evident, as he brings together elements of pop, blues, jazz and rock for a well-varied collection of ballads, high energy, mid-tempo tunes, to form a soulful and groove-driven style that's unmistakably his own. 'Crazy Kind of Love,' for example, shows off Gardner's flair for hip, funky, old school-meets-new-school, while 'Lost Without Your Love' is a ballad of pure emotion, as Gardner conveys that all-too-familiar scenario of letting go of a good thing, and then regretting the decision later. 'Show Me Your Love' is all mid-tempo optimism in which he talks about ending a really bad relationship, meeting someone new, and still trusting that love can be a positive experience with the right person. The CD is a diverse collection of relationship songs chronicling the phases of life transitions and personal discoveries.

Here's what you say about
Dan Gardner - More Than Life.