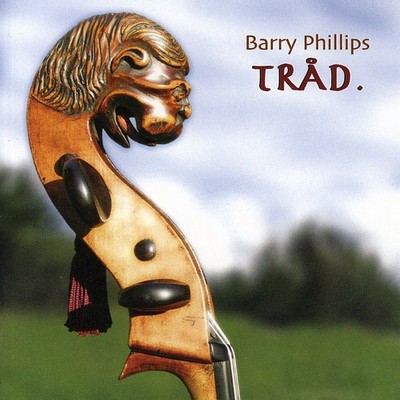 Swedish and Norwegian Traditional, and original string music featuring cello, nyckelharpa and fiddle. ------- Barry Phillips - cello Barry has been musician. Arranger and producer of many recordings of Celtic and American folk music on the Gourd label (Gourd.com). His recordings often explore the (sometimes) fine line between 'folk' and 'classical' music. Some of the artists he has concertized or recorded with are fiddler Alasdair Fraser, guitarist Martin Simpson, Olov Johansson of Våsen, Ravi and Anoushka Shankar and the legendary British rock group Camel. He also is a musical assitant to Ravi Shankar and played cello at the Concert for George (Harrison) at the Royal Albert Hall. ---------- Olov Johansson - nyckelharpa In 1990 Olov became history's first world nyckelharpa champion. He has been playing nyckelharpa since he was fourteen and boasts as his teachers both Curt Tallroth, a National Master Musician and Eric Sahlström, the undisputed nyckelharpa master of our times. He has also toured India and Libya. Olov's nyckelharpa is at the core of the Väsen (VEH-sen) sound, and he's also a member of the Nyckelharpa Orchestra. With his first solo album Storsvarten, Olov steped out on his own, with a little help from his Väsen friends Mikael Marin (viola) and Roger Tallroth (guitar), as well as organ and piano accompaniment. -------- Olof Göthlin - fiddle Olof became a skilled violin player by the age of six. The forests of his Värmland home infused both his life and his violin playing with a calm and peaceful grandeur. At age sixteen, Olof was accepted into Sundsta, the renowned performing arts high school in Karlstad, Värmland. For three years he studied classical music, jazz and Swedish folkmusic. By his second year at Sundsta, he was a member of two acclaimed groups: "Gorm", playing jazz-flavored Swedish folkmusic; and the jazz group "Fyffes Bananer", which reached the finals of the Swedish talent hunt in 2001. Olof can also be heard on the recordings by his group, Bjärv.

Here's what you say about
Shelley Phillips - TR+-D.