Bill Lauf - Songs from the Heart 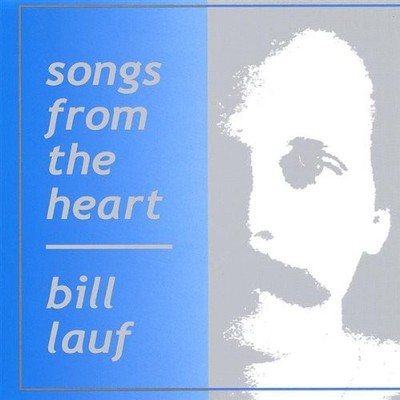 A singer songwriter who is also a master of the tenor (4-string) guitar. Born in Danbury, Connecticut, he has performed in bands, duos and as a soloist for over 30 years. He grew up with both sacred and pop music, jointly singing in the church choir and covering Everly Brother's tunes at age 10. His father taught him chords on the tenor guitar and Bill learned the rest by ear. After playing in bands throughout his teens and early twenties, Bill migrated to the folk music scene and it was there that he began to write and perform his own songs in coffeehouses throughout the northeastern US and eastern Canada. During these trips, he met several writers who had a profound effect on him, notably Bruce Cockburn and Paul Lauzon of Canada, Susan Osborn and David Darling (formerly with the Paul Winter Consort), folk artists Lui Collins, Dave Mallett and especially, Horace Williams. After co-producing and playing on Collins' first LP Made in New England, Williams and Lauf teamed up to create the 'Follow the Fire' autumn minstrel walks, three successive musical walking tours of New England and Quebec. The first, in 1980, was spawned by Lauf's single 'Vermont is Afire in the Autumn'. The two troubadours walked the length of Vermont Route 100 from the Canadian border to the Massachusetts border in 14 days during the peak foliage season, performing at grange halls, churches and schools at each town they walked through. The duo released their only LP, 'The Weight of the Rose' in the summer of 1981 and in the fall walked from Sherbrooke, Quebec to New Haven, Connecticut following the Connecticut River valley on the second Follow the Fire tour. The trip took 23 days and covered some 390 miles. Their third and final walk together, in 1982, was the longest-from Montreal to Manhattan. The two performers played day shows as well as the traditional evening concerts, completing 86 concerts in 26 days over a span of 430 miles. Lauf released his first solo album 'Songs From the Heart' in 1983, and continued to play occasionally as a soloist and with Wlliams. He also appeared on Susan Osborn's Living Music release 'Susan' (1986), her recent CD 'Reunion' (200) and appeared with her in concerts over the last two decades. His newest release, 'Gray Diner at 5am', is a culmination of eight years of work, both in and out of several recording studios with many talented musicians. It was released this past autumn and joins Bill's other works as a testament to his love of New England and respect for the simple pleasures and pains of ordinary lives. He next release, 'For the Snow', is slated for a fall release this year (2003). Bill plays and writes his songs using the tenor guitar, notably two custom 4 string nad 8 string guitars crafted by luthier Jon Soderman of New Brunswick, Canada. He also plays and records with three Martin acoustics, a Gibson acoustic and a rare Gibson electric tenor as well.

Here's what you say about
Bill Lauf - Songs from the Heart.

1) Josette Josette (Dance a Minuet)
2) To Love Another Lie
3) Young ; on Your Own (Instrumental)
4) The Family of Man
5) Songs from the Heart
6) Bean Soup (Instrumental)
7) Canadian High
8) I'm in the Mood
9) Lady of Nantes (Instrumental)
10) She Loves Blue (Instrumental)
11) Please Be Sure to Remember
12) Full Moon Through An Apple Tree