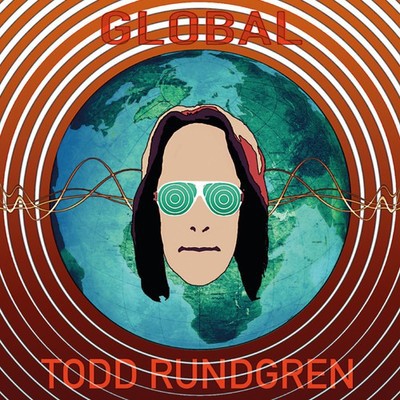 Todd's latest musical vision is a contemporary fusion of styles, Rock, Soul and Electronica, that continues the tradition of boundary breaking works from this visionary genius, and the finely crafted songs on GLOBAL once again push the creative envelope. As a songwriter, video pioneer, producer, recording artist, computer software developer, conceptualist, and interactive artist, Todd Rundgren has made a lasting impact on both the form and content of popular music. Among his myriad hits are 'Hello It's Me', 'I Saw the Light', 'Can We Still be Friends', 'We Gotta Get You A Woman', 'Open My Eyes', and 'Bang the Drum', (the latter a mainstay on ESPN and in television commercials). Rundgren's prolific producer's discography includes such classics as Skylarking by XTC, We're an American Band by Grand Funk Railroad, War Babies by Hall & Oates, Wave by Patti Smith and Meat Loaf's auspicious debut Bat Out of Hell, (the fifth best-selling album of all time with some 42 million sales). He is also internationally acknowledged as the Godfather of the marriage of music and multimedia. With the release of his excellent new album GLOBAL, Todd continues to take his music forward into the 21st Century in a confident and impressive manner.

Here's what you say about
Todd Rundgren - Global.