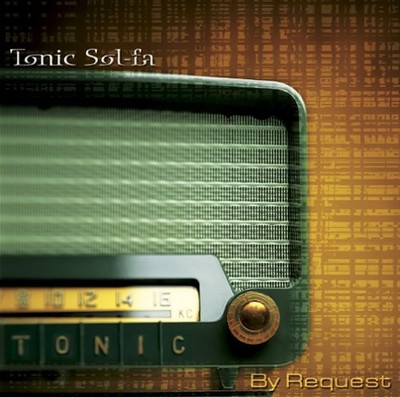 In their twelve years together, Tonic Sol-Fa has established itself not only as the most in-demand vocal group in the Midwest, but also as one of the most successful independent acts in America. In addition to substantial CD sales of it's own independent releases (1,000,000 copies sold and counting), the group has toured extensively throughout the US and abroad, building their financial base with a steady list of festivals and private shows that eventually led to sold-out tours of theaters and small arenas. Tonic Sol-Fa began at St. John's University with Mark McGowan, who sings baritone, and lead vocalist Shaun Johnson, while both were attending in the mid 1990s. Shortly after forming, the two auditioned for a local entertainment agency which helped jump-start the group's performance and appearance schedule. Tenor, Greg Bannwarth, and bass, Jared Dove, joined soon after, completing the group. Together the quartet reached national prominence with appearances on NBC's Today Show and in Newsweek magazine. They shared the stage with a number of recognizable performers including Jay Leno, Jeff Foxworthy and Lonestar, among others, and were recently part of Garrison Keillor's 30th anniversary celebration of A Prairie Home Companion. From the group's onset, the four members of Tonic Sol-Fa, with a small team of driven supporters, have overseen and operated the business of Tonic Sol-Fa, growing a small business of a few thousand dollars into what is today a multi-million dollar limited liability company. The group had to overcome a number of obstacles, including an unspoken apprehension to a cappella acts by individuals in the music industry and having a name that was anything but catchy (a system of naming the notes of the scale, usually do, re, mi, fa, sol, la, ti, developed to teach singing). Still, the group persevered, recording and manufacturing it's own records and selling them to a growing legion of fans via the Internet, in the lobby of the theaters where they performed, and through a growing national distribution. One could say they gained their current consumer popularity the old fashioned way; they earned it. At present, Tonic Sol-Fa just released their sixth album, entitled "On Top of the World" on the heels of their previous projects (Christmas [DVD], Boston to Beijing, By Request, Red Vinyl, Sugarue, Front Row [video], and Style,). The recordings contain only four indelible voices and occasional percussion. This outstanding blend has resulted in multiple Contemporary Acappella Recording Awards, NACA entertainer of the year nominations, considerable national press, and has landed their music on the best-selling seasonal DVD at Wal-Mart, The 12 Dogs of Christmas. Further, Tonic Sol-Fa released their first television holiday special in 2007, which aired over 1800 times in forty-seven states and Canada. The television special will be shown through 2010, and in 2008 will be distributed worldwide, continuing to spread their unique sound to an ever-increasing following. Tonic Sol-Fa continues to tour, record, and conscientiously run their business in the only way familiar to them -differently.

Here's what you say about
Tonic Sol-Fa - By Request.