The Corduroy Road - Love Is a War 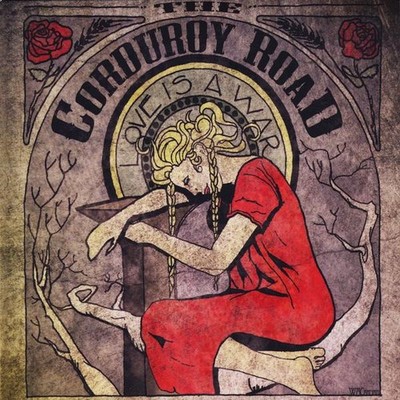 Since it's inception by Drew Carman and Dylan Solise in early 2006, The Corduroy Road has molded bluegrass, Americana, folk rock, and old-time country with the rawest of live performances. The two, born and raised in the Central Kentucky Bluegrass Region where they learned their craft, now reside in the musical gem of the southeast: Athens, GA. With the addition of John Cable on drums and Elijah NeeSmith on bass, The Corduroy Road quickly gained a reputation in Athens as an up and coming band on the scene after sharing the stage with such notable bands including The Avett Brothers, Paleface, The Packway Handle Band, Ian Thomas, Langhorne Slim, Drakkar Sauna and more. Athens Banner Herald called them "bluegrass rockers...influenced by old time country and Americana, while the live performances exude the energy of punk rock." The band caught the ear of Mule Train Records' founder Ryan Kelly, who quickly signed the band to the upstart label. In November of 2008, The Corduroy Road entered the studio of local legend John Keane (Widespread Panic, REM, BR549, Uncle Tupelo) to record their Mule Train debut, Love Is a War, scheduled for release on June 23, 2009. The title track appears on the AthFest 2009 compilation CD that is released each year on Ghostmeat Records in conjunction with the prestigious arts and music festival, AthFest.

Here's what you say about
The Corduroy Road - Love Is a War.