William Straub - It's Always Something 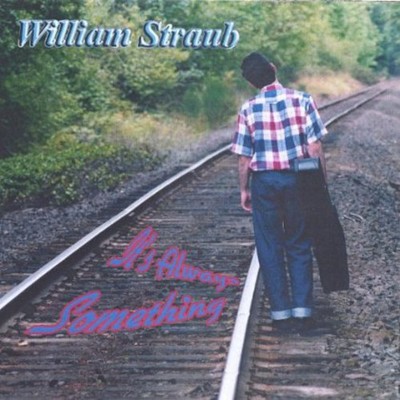 William Straub's debut CD, 'It's Always Something,' is the culmination of sounds influenced by literally centuries of popular music - from Classical to Jazz, down to Elvis and The Beatles, and beyond! Strong 50's and 60's ties are evident in the tracks, while occasionally touching on the early 70's and Alternative sounds, as well. A few songs defy any category: most notably 'I Really Don't Remember,' with it's hypnotic vocal line and acoustic guitar. William Straub has, for various venues, penned and arranged a variety of musical sounds and styles - including songs that would fit nicely into any of those centuries and decades named above. Writing music has always been the easy part for Straub; having the time and money to record, release and promote it, quite another! Every Indie musician deals with these same obstacles, it seems. It's always MONEY! Well, 'It's Always SOMETHING' anyway! An entourage of dedicated fans - to date, mostly his family and close friends - have urged William to produce a CD of some of his favorites to share with a portion of the other 6 Billion people on the planet (give or take a few), but accessible to ALL of them, thanks to CD Baby, in hopes that he will soon be able to throw off the shackles of the work-a-day world and earn at least a modest living doing the things he really loves, which are to be creating and playing music. This CD was painstakingly produced by Straub, himself. And, in saying this, we mean he wrote, arranged, performed, recorded (multi-tracked), mixed, mastered, and produced all aspects of 'It's Always Something.' Listen to the 2-minute samples; note the variety, strong vocals and melodic, memorable tunes. You will come away singing them and having learned a part of what makes up William Straub, at least musically. Still, you'll only be scratching the surface. But, why not scratch, anyway? It feels soooo good!

Here's what you say about
William Straub - It's Always Something.