Fabolous - From Nothin' to Somethin 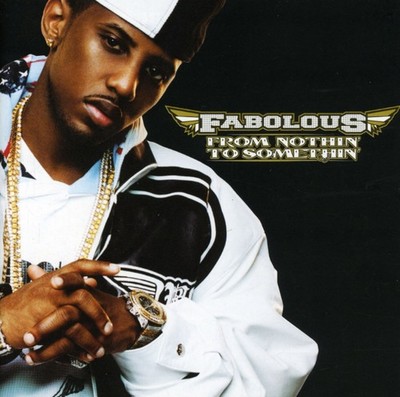 It takes talent to make the struggle to succeed seem effortless, but that is the gift that separates artists like Brooklyn's John Jackson, aka Fabulous, from the everyday MC. While most rappers spend more and more time convincing the masses of their hustle, Fabulous let's his work speak for his effort. With two platinum albums (2001's Ghetto Fabulous and 2003's Street Dreams) and one Gold (2004's Real Talk) to his credit, the veteran hit maker still exudes a rookie-of-the year swagger. After recording for both Elektra and Atlantic Records, Fab is enjoying a home coming with the legendary Def Jam label. His first recorded song was If They Want It from DJ Clue's the Professional, which was released by Roc-A-Fella/Def Jam in 1998. Now he is preparing to release his fourth street classic, from Nothin' to Somethin' under the watchful eye of his longtime collaborators. Fabulous will release his long-awaited new fourth album, FROM NOTHIN' TO SOMETHIN', on June 12th. Alongside Ne-Yo, Timbaland and Young Jeezy, the album features producers such as Just Blaze, Jermaine Dupri, Polow Da Don, Jazzy Pha, Steve Morales and guest stars include Rihanna, Akon, Swizz Beats, and Lloyd. This is the clean version.

Here's what you say about
Fabolous - From Nothin' to Somethin.