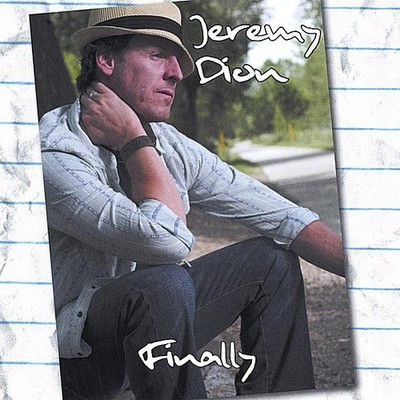 REVIEW Jeremy Dion "Finally" Independent Breckenridge-based artist Jeremy Dion clearly has a grasp on what makes a song good. He takes a very basic approach to writing, telling a personal story through his lyrics then layering harmonizing strings and simple percussion over the top. Keeping it accessible to listeners of all kinds, Dion injects enough pop pleasure into his work to make it sound both familiar and new - no small feat these days. The end result is a beautiful collection of country-folk tunes that gets right to the heart of what it means to be human. Dion wrote each of the 11 tracks on his debut CD "Finally," and there's no doubt it's the final-product of a labor of love. "Finally" is clearly influenced by classic artists such as John Denver and James Taylor, but in a good way. "And you sleepwalk through your days and you dream away your nights/ There's no longer any difference between our lovemaking and our fights," Dion sings on "Good Enough." The great irony of the album is that the lyrics it showcases were obviously written during some of Dion's more personal low points in life, but you'd never know it by the upbeat nature of the music. "Finally" is one man's life poured out in guitar chords and engaging poetry, and every bit worth the listen. Jeremy Dion will play Thursday for his CD release party at the Silverthorne Pavilion in Silverthorne. For more information, call 970-376-3213. - Charlie Owen, High Life writer BIO Tight grooves, soaring harmonies and a vocal style that is soulful, expressive, and candid. Jeremy Dion has been named one of the \'artists to watch in 2008\' by award-winning producer Lance Bendiksen. With a style that pushes the edges of indie folk-rock, Jeremy\'s music is a breath of fresh air. Jeremy was born and raised outside Seattle in a musical family. He grew up singing and playing the piano, and was influenced early by the music of Crosby, Stills and Nash, James Taylor, and John Denver. While music was always his first love, it was later that his musical aspirations began to truly unfold. As a student at U.C. Berkeley, Jeremy first picked up the guitar and learned to play while listening to Neil Young, Jerry Garcia, and Paul Simon. He has been singing, writing songs, and performing ever since. Now, he has teamed up with producer Lance Bendiksen (Epic, RCA, Arista, The Fray, Cowboy Junkies, Sarah McLachlan) to complete his groundbreaking debut album. With clever and memorable folk-rock tunes as the centerpiece, he has surrounded himself with one of the best rock rhythm sections in Colorado. Topped off with madrigal-style vocal harmonies, a mandolin from 1909, and other world-class musicians such as bluegrass legend and Grammy-winner David Grier, the album swells with talent from top to bottom. \'Making the record has been cathartic,\' says Jeremy. \'These songs have finally unfolded to their true potential with the help of a visionary producer and world-class musicians. The songs are intensely personal to me and to have them treated with such reverence has felt like a sacred rite of passage.\' With the project successfully completed, Jeremy has set his sights on making a living as a musician. From his home in the Colorado Rockies he is already lining up shows around the state beginning in June of 2008, with ambitions to open for established stars, play music festivals around the country, and eventually tour the globe. \'This is an auspicious beginning to something big and wonderful,\' says Jeremy. Visit jeremydion.com, pick up the album, and hear what the buzz is all about.

Here's what you say about
Jeremy Dion - Finally.