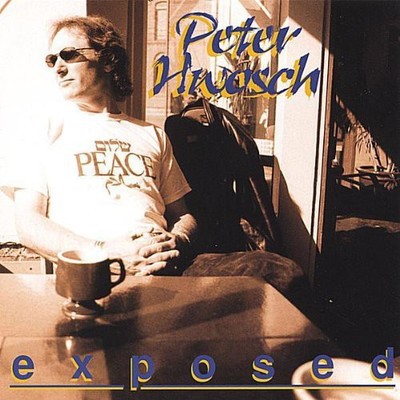 Exposed was recorded live in the Seattle area's Seabold Hall. Hwosch delivers his music with solo guitar and vocals, and little production between the artist and the listener. First, mix decades of songwriting, composition, production, and recording with introspection, activism, and international reconciliation work. Then add an incredible group of seasoned musicians, all with unique styles, and you get the recordings from remarkable musician/producer/artist Peter Hwosch. Hwosch's music is engaging and poignant. It can be haunting, beautiful, rhythmic, or intense. His guitar playing ranges from intricate finger picking to rhythmic and percussive, while his lyrics explore a wide range of deeply personal, social, or global issues that penetrate without being pretentious or preachy. 'This music is a journey inward you can dance to.' Jefferson Public Radio Peter Hwosch Bio Peter Hwosch is a recording and performing musician/songwriter/composer, documentary video producer, and a certified facilitator for The Compassionate Listening Project, (TCLP). His other activities with TCLP include Project Director in South East Europe, board member, and video producer. He has been active with TCLP since 1997. Peter has produced three CD's, of original songs, some of which are influenced by his reconciliation work around the world. As a songwriter and producer, he has also collaborated on many projects including scores for video, film, theater, and dance. Peter also owned a recording studio in the San Francisco Bay Area for ten years in the 90's. Peter's documentary video work includes co-production of two videos for TCLP, 'Children of Abraham' and 'Crossing the Lines', both shot in Israel and Palestine. His new video, 'Beyond These Narrow Borders' is solely a Hwosch Production, and follows youth from all three sides of the war in former Yugoslavia as they participate in the 'Seedlings of Peace Summer Camp', located in Croatia where he is now deeply involved. Peter now lives and works between Western and South East Europe, and America, performing concerts, screening his documentaries, and facilitating C.L. workshops. Hwosch Productions Mission Statement Hwosch Productions is interested in blurring boundaries, raising awareness, encouraging diversity, and expressing compassion, emotion, and conviction through music/sound, video/imagery and art at large. We often incorporate reconciliation and bridge building themes in our work and strive to connect the dots between who we all are, what we may feel and believe, and what is produced. We are committed to bringing better understanding and deeper connection between people and cultures around the world through the creative arts and media. To this end we cross borders both physical and metaphoric to experience, express and communicate the beauty, heart, suffering, and creativity that binds us all together. Personal Statement 'I am dedicated to creating change through recognition of our common humanity, by including the 'other' and listening compassionately to those we disagree with. Diversity is humanity's beauty and strength, and provides the creative foundation for solving the challenges we face, and finding the connection we all crave. There is no 'us and them, there is only 'us' Peter Hwosch.

Here's what you say about
Peter Hwosch - Exposed.