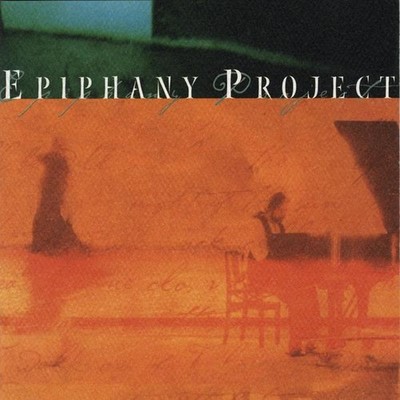 A leading composer for documentary films and one of the rising breed of genre-stretching folk-pop singers are now collaborating as Epiphany Project's, and the result is a breathtaking new sound somewhere between avant-garde-folk and pop-art music. On their first nationally released recording, Epiphany Project creates music that transcends boundaries, but remains accessible. Pianist John Hodian and singer Bet Williams have pushed the folk envelope into a completely new shape by combining it with elements of pop, classical, gothic, world, new age, music theater, ethereal vocalese and progressive. As Epiphany Project, composer, John Hodian and songwriter, Bet Williams continue to turn the art song upside down in their dynamic live performances. With Williams' striking four-octave range and compelling visual style and Hodian's deeply expressive improvisational piano, their performances are highly charged, theatrical events. In concert, the music moves from intimate whispers to thundering, ecstatic climaxes. BIOS: John Hodian John Hodian is a composer, conductor and pianist who has worked in a wide variety of idioms -- from classical to jazz, rock to rap, and traditional to avant-garde theater. Hodian's music conveys emotions ranging from profound melancholy to bold exuberance. Hauntingly beautiful melodies, layered over intricate trance-like rhythms, have been heard in a wide variety of media: Emmy award-winning soundtracks for feature films and documentaries, commissioned scores for dance companies, and chamber music works. His music-theater piece, Sweet Theresiendstadt, produced by En Garde Arts and Theater Archa, played for a year in Prague before touring to Warsaw and Berlin. In addition to being selected as resident composer for the Sundance Theater Institute, Hodian has collaborated with leading theater figures such as Anne Bogart and Israel Horowitz. Hodian's inventive solo c.d., Available Forms, has been praised as 'pure musical genius' (Applause Magazine) and calls to mind the music of Philip Glass and Steve Reich -- but with Hodian's distinctive lyrical and rhythmic style. His intriguing music reflects both his Armenian roots and his formal classical training, as well as the influence of artists like Joni Mitchell and Keith Jarrett. While many of his works have been scored for larger forces, Hodian's intimate collaboration with Bet Williams comes down to the essence of song: the singer and pianist, directly connecting to the listener. Bet Williams Williams' diverse career has led her to perform with many different artists including Arlo Guthrie, John Gorka, Baba Olatungi and Joan Osborne. With the recent release of her fourth solo c.d., Rose Tattoo, she is quickly becoming a prominent figure in the singer/songwriter and pop world. From performing in theatrical productions since the age of five, to singing in coffeehouses, clubs and festivals all over the country, Williams has spent much of her life on stage. Her songwriting, which ranges from poignant storytelling to infectious rhythms and melodic hooks, has been praised in reviews, by radio and at festivals like the Kerrville New Folk Songwriters in which she was a finalist, an honor shared by Lyle Lovett, Lucinda Williams and Nanci Griffith. As GUITAR ONE magazine put it, 'Bet Williams is blessed with all the right stuff: a fantastic voice, a talent for songwriting, good musicianship and a charismatic stage presence.' Building on formal musical training, she also draws from her studies in dance, performance art, poetry and the visual arts to add a rich and diverse element to her work with Hodian.