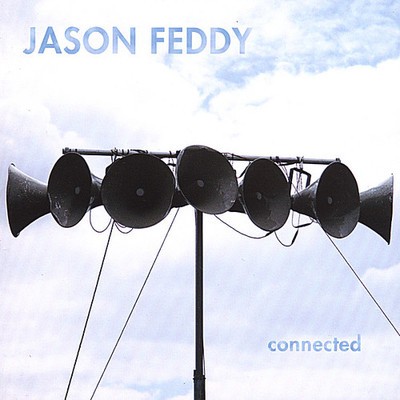 Several years ago, Jason Feddy found himself washed up on the shores of Laguna Beach, in exile from a life of excess in Northern England. Feddy was reeling from several personal and professional failings, including the loss of his publishing contract with Zomba UK and a major label demo deal that dissolved unceremoniously in a dead end. Earlier, Feddy had high hopes for his career. Several well-known labels courted him after being featured in magazines such as the London based Time Out. Feddy also created a buzz by opening for David Gray, Ben Folds Five and Neil Young. But eventually the labels passed, citing reasons tied more to marketing than music. Soon, the accolades dried up along with the touring opportunities and other offers. Dejected, Jason Feddy ditched his guitar and packed his bags. "I was emotionally spent," recalls Feddy. "I tried to make a go of it in England, but I was up to no good. I just needed to get the hell out of there." Within days, Feddy found himself working thousands of miles from home at the Orange County Swap Meet. It was at this expanse of knick knacks and Ginsu knives that he was befriended by a group of local musicians including bassist David J. Carpenter and drummer Evan Stone. As the backbone to solo artist John Doe's rhythm section, Carpenter had a good sense that something was brewing with Feddy. "Jason reminds me of the guy Dennis Quiad played in The Rookie," says Carpenter. "He should have made it years ago with his talent, but it just hasn't happened. But instead of throwing fastballs, he's writing and performing songs with an unusual amount of depth and introspection." "He's an interesting character," adds Stone. "I was drawn to Jason and his story. At the time, I wasn't sure if his story was true, but for some reason I didn't care." Soon, Stone and Carpenter convinced Feddy to check out their home studios and lay down a few tracks. During the first session, an emotional ballad called "Birds Will Sing" was recorded in one take. "I was blown away," recalls Stone. "I still get goose-bumps thinking about it. The recording was magical and I knew we had to do more." Before long, an album was recorded and a live band was formed. "I think it's destiny that Evan and Dave found me at the swap meet," says Feddy. I was a bit out of it at the time, and they got me thinking about music again." This time around, Feddy isn't waiting for the major labels to come calling. He's releasing the album on the independent Something Something label. "This is the first time in my career that I've recorded a real album," says Feddy. Before this, it was all a mish mash of demos recorded for the wrong reasons. He adds, "I'm excited about getting it out there." The singer/songwriter has his expectations in check, however. "Whatever happens, happens." I've come to realize that I love music and that no matter what, it will be a major part of my life. I'm cursed and blessed. And the cursed part gives me lots to write about."

Here's what you say about
Jason Feddy - Connected.