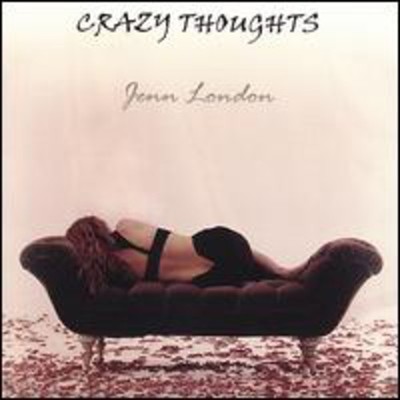 *************** 'jenn London is a superb singer songwriter who weaves hypnotic melodies around captivating lyrics. She'll undoubtedly draw comparisons to such acclaimed female artists as Bree Sharp, Aimee Mann, Juliana Hatfield, and Kristin Hersch, among others. Her cool blend of folk, rock, pop, and alternative is a welcome breath of fresh air.' -Tom Semioli, VH-1 Online *************** 'J London Imports is a one-women operation' -Billboard Magazine, August 2001. Starting out by temping at labels, Jenn London quickly learned all aspects of the music business. She now does it all from songwriting and marketing to touring and coordinating her publicity and radio campaigns. This March, she will appropriately be moderating the 'Perseverance Panel' at The Global Entertainment Summit in NYC. J. London Imports was founded to self-release 'Crazy Thoughts' and within months Jenn gained the support of both fans and industry professionals securing local &national press and radio play. Continuous networking and promotion of the album, especially at various music conferences, has proven that she has the talent, perseverance and drive to make a lasting name for herself within the industry. Overseen by writer/producer Marc Swersky (Joe Cocker-The Bodyguard Soundtrack, Brilliant Trees, Falling Skyward) 'Crazy Thoughts' has continuously received exceptional feedback and positive reviews: 'A solidly produced album' -Billboard 'Her songs huddle beneath a lone street lamp at the intersection of poetry, experimentation, risk and art.' -Songwriter's Monthly 'CD pays off when London gets rocking' -Time Out-NY 'Jenn's songwriting skills give new meaning to the word excellent...I'm optimistic about it's overall mainstream appeal' -The Global Muse 'She must be something onstage' -MusicDish With the creative support of recording band members- James Elliot (Leona Naess, Swimmer, Patti Rothberg Kilowatt), Keanu Kim (misUniverse, Chris Grace), Marc Slutsky (Splender, Chris Grace) and Kevin Topping (Portishead, A Tribe Called Quest, Sony, Universal, Warner Atlantic projects) she has established a unique and well-defined sound. ******** 'so I work, work, work 'til my bleeding bones ache cause I'd rather feel death than to live a mistake'

Here's what you say about
Jenn London - Crazy Thoughts.