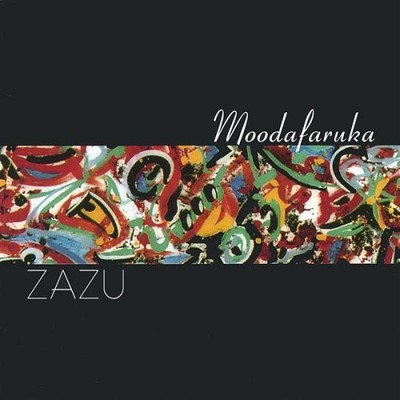 Moodafaruka was founded in 1999 by guitarist Rom Ryan and percussionist Terrence Karn. Rom has been making music in Houston since 1988. It was in that year that he and Terrence first met. Rom was exploring world music motifs on the guitar, and Terrence was working with exotic percussion such as dombek, tabla, and congas. They connected on a musical level immediately, and began playing at a now defunct jazz club in Houston called the Blue Moon. Starting with an empty room on Tuesday nights, they soon had the place packed and had some of Houston's finest musicians coming to sit in on a regular basis. As fate would have it, on one of those evenings a beautiful woman came in and snatched Terrence off the stage and smuggled him to Hawaii where he was not to be heard from again for over 10 years. Rom continued to make music on his own, but he always knew something was missing. Oh there were a couple of solo CDs made (his CD 'Mysteria' was the 5th most added CD on Adult Contemporary Radio for 4 weeks in 1993) and the occasional accolade (Rom was voted best guitarist a couple of years by the long-lost Houston Public News readers poll). He was a regular opening act at Rockefeller's concert hall. He was recognized as a solo guitarist, but that wasn't enough. He tried to work with other percussionists, but never experienced the connection he had felt with Terrence. In the meantime Terrence was in Hawaii playing drums, eating pineapples, and generally livin' la vida loca. Though he was happy in Hawaii events were conspiring to bring him back to Houston. One of those events was summer class at the Houston Ballet Academy where Terrence was hired in 1999 to teach world dance. Did we mention that Terrence studied dance at the Royal Winnipeg Ballet, as well as hand drums at the Ali Akbar Khan School in California? Since he was going to be in Houston he contacted Rom to let him know and they decide to open up the barn doors and put on a show. They preformed at Diversworks to a packed house and received such enthusiastic response that they did another show later in the summer that was once again well-received. Those performances were the foundation from which Moodafaruka began. It was decided that Terrence would stay in town and they would form a duo. Looking for a name Rom suggested Moodafaruka which, when he came up with it, was just a nonsense word that he thought sounded interesting. Terrence told him that 'faruka' was a kind of dance, and the word suddenly acquired meaning. Moodafaruka - mood of the dance. They recorded their first CD 'La Luna Lounge' which has sold several thousand copies and has received excellent reviews and radio play world-wide. Their world expanded New Years Eve of 2000 when bass player Arlandus Chimney walked through Rom's door and declared himself Moodafaruka's bass player. He was right on. Arlandus is the best natural musician in the band, although his background was gospel and R&B, he seemed to know just how to compliment Moodafaruka's eclectic arrangements. Terrence then introduced Maryann Willis to the mix. She brings a mastery of gypsy violin that seems right at home in Moodafaruka's compositions. She plays with not just technical expertise, she wrote all of Mel Bay's Books on gypsy violin, but with a passion that is achieved only by the very finest musicians. Moodafaruka's most recent member is Katja Grimm. An excellent guitarist in her own right, she compliments Rom's leads with her beautifully constructed rhythms.

Here's what you say about
Moodafaruka - Zazu.