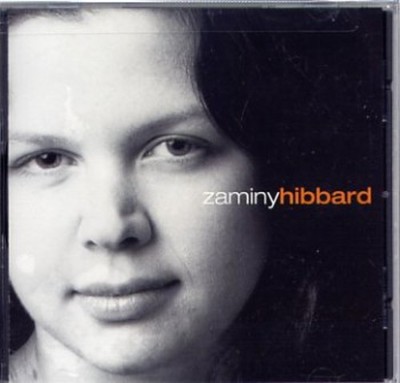 'She isn't a household word yet, but she has the potential. Her melancholic, haunting songs ... are filled with meaty messages and her own acoustic guitar. For a 20-year-old artist, Zaminy gives the listener an older person's dose of experience and emotional depth.' - Old Town Crier (Alexandria, VA), 2001 Zaminy Hibbard grew up on a dairy farm in Dimock, PA, where she developed a love for winding roads, clear skies, and songwriting. She started writing songs even before she picked up a guitar in high school. By the time she was 18, Zaminy could be found in area cafes playing with local acoustic acts. Her repertoire and popularity exploded when she moved to Ithaca, NY, a college town with a lively music scene, where she attended Ithaca College. She recorded and produced her first album (Zaminy Hibbard) on her own record label while still a full-time student. In April 2000, her CD release party hosted a standing-room-only crowd at Juna's Café in Ithaca. On her debut album, Zaminy Hibbard captivates audiences with her emotive voice and mellow acoustic guitar, and paints vivid pictures with her stellar songwriting. She gives just enough details to draw listeners into the story; then leaves blanks for them to drop in their own experience. 'Gypsy' expresses the desire to leave someone before they leave you, 'A Hundred Fears' alludes to the uncertain energy of a new relationship, 'Orion' is a celestially-inspired tribute to her late grandfather ... And 'Helpless' ... Well, 'Helpless' is just plain bottled-up, girl-power anger. There's something with which almost everyone can identify, which is why her self-titled, self-produced debut has won the hearts of music lovers both young and old. Since her debut release, Zaminy has been performing throughout the Mid-Atlantic and Southeastern US, where she easily charms fans with her fresh, folky songwriting, soulful voice, and between-songs banter.