Robert Een - Your Life Is Not Your Own 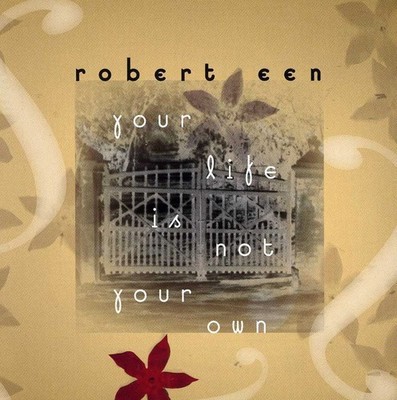 Robert Een is an acclaimed composer, cellist and singer. The recipient of a 2000 'Bessie Award' for sustained achievement, Een has performed his music on stages and in unusual venues throughout the world, including the Buddhist caves of Ellora, India; the Shinto shrine in Tsurugi, Japan; a theater above the Arctic circle in Norway; as well as Central Park, Lincoln Center, the Whitney Museum and the Knitting Factory in New York City. The Village Voice said of his work, 'Joyous...rarely is new music this much fun'. 'Mesmerizing', said the Louisville Courier-Journal. Known for his use of extended vocal and cello techniques, he has recorded eight albums: 'Mystery Dances', 'Expanding Universe', 'Fertile Fields', 'Your Life is Not Your Own', 'Big Joe', 'The Rook' and 'Mr. Jealousy' soundtracks, and 'Music from Blue Earth'. His scores for film include; 'My Horrible Year', 'Mr. Jealousy', 'Trouble on the Corner', 'The Rook', 'Guts', and the documentaries 'Misty Isle Out' and 'Carnival Train'. Robert Een's music for theater and dance can be heard in the repertories of Liz Lerman, David Dorfman, Yin Mei, Brian Selznick, Jennifer Muller, Yoshiko Chuma, Sara Pearson/Patrik Widrig, and Ron K. Brown, among others. As a teacher he has been a guest lecturer and an artist-in-residence at colleges, universities and professional schools around the globe. His long association with Meredith Monk culminated in their evening-legnth performance duet, 'Facing North'. 'What Hendrix did for the guitar, freeing it from it's previous role and expectations, Robert Een does for the cello. ' Richard Kadrey San Francisco Chronicle 'No one knows better how to be avant-garde and have fun at the same time than Robert Een, whose lithe voice and cello glide effortlesslly.' Kyle Gann Village Voice Robert Een's solo album is entitled 'Your Life is Not Your Own'. Featuring 12 new compositions for voice and cello by Robert Een - singing and playing simultaneously - this is music of beauty, heart and humor. Inspired by everything from real and imagined landscapes to devotional music and Italian aria, Robert Een has written and recorded songs with such titles as 'Cars on Mars', 'Il Mio Pomodoro' and 'Sea of Fire'. Dating from a trip to Tibet and northwestern China in 1985, Een has been a noted practitioner of overtone singing, and this recording includes two stellar examples; 'The Awakener' and 'Driving Up Country'. 'Robert Een's colorful, intuitive compositions are a mesmerizing intertwining of voice and cello.' Kristin Faurest, Louisville Courier-Journal.

Here's what you say about
Robert Een - Your Life Is Not Your Own.