Jared Funari - You Are the Sun 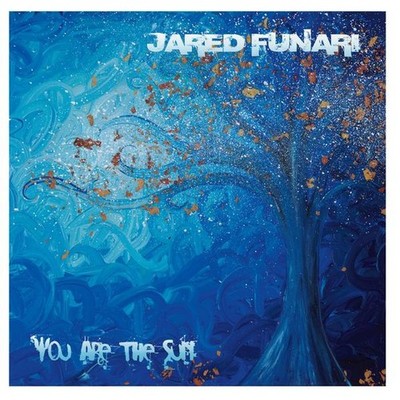 'Jared Funari is following in the troubadour tradition, a guitar strapped to his back, roaming from place to place, crooning songs of unrequited love. Only now there's a modern twist: he also has six feet of electronic looping equipment in tow. -- A one-man army, he creates a wash of sound using various pedals, instruments, and layers of his somewhat androgynous and ethereal voice. It's all done on the spot, completely live.' -UPSTATE Magazine 'Funari's technical mastery of both the acoustic guitar and looping technology makes it sound like he has an army on stage, but he achieves this feat completely solo.' -BORDER's Book Store 'Funari's music has grown more experimental. Lately, he has been playing with a more atmospheric, ethereal sound that also manages somehow, to simultaneously sound ambitious and anthemic. His vocals sound like he'd be at home fronting a British pop band like, say, Coldplay.' -Philip Schwartz -Daily Gazette Reporter Jared Funari has been dedicated to his music since he was persuaded to purchase a guitar at the age of 17. Having no prior experience to song writing or singing, Funari struggled to find his place as a musician. It wasn't until Jared started to record himself that a unique style began to form. Addicted to complex layers, Jared composed and recorded songs that only a full band could re-create live. Wanting to stay solo, but also wanting to perform his songs live as he recorded them, Funari was introduced to the loop station. What began as one loop station and a guitar has evolved into 6 feet of effects pedals and the combined sounds of acoustic and electric guitars, piano, and synth. Augmented with Funari's innovative, emotionally saturated writing, his androgynous and ethereal voice invites his listeners to lose themselves within his music.

Here's what you say about
Jared Funari - You Are the Sun.