Ave Mack - You Are Now a Witness 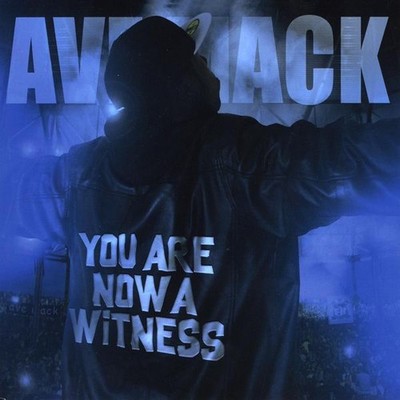 Ave Mack was born Rahmel Mack on January 27, in Brooklyn, NY. Ave's childhood in Brooklyn left him wanting more out of his life than what he saw around him. Always interested in music and rhymes, Ave began writing while still young, but thought that a life and career in music was an impossible dream. It wasn't until recent years that he began to realize what he really wanted out of life for himself and for those around him,and began focusing seriously on his music. His lyrical style and content is heavily influenced by his experiences growing up in the Red Hook projects, as well as by the people and friends that he has worked with musically; Diamond Ricelli, Trey Skoolz, Dj Dream, TerrorDome, Rising Sun & The GunPoets, Silvaa, Dj Sma, Krayze & Hot, Youngin, Champ, Jae Prodigy, Lil Jay,D-Rock, Eazy Thai Boy, Money Mars,Korey Bolden, Dj Davito, Yung Eddie,and Dj Illmatic. Like many of us, Ave Mack is inspired by the career and musical accomplishments of Shawn Carter (Jay-Z), also a Brooklyn native, who struggled with poverty and crime and rejection in the music game before becoming one of the most influential figures in hip hop today. Ave's alias is a reference to both the ave where he grew up in Red Hook, paired with his families government name; representing where he came from by making it a part of who he hopes to become. Ave has performed primarily in upstate NY; his music has been featured on the Tim Westwood Show in the UK and select songs can also be found on mixtapes in New York and Georgia. He Has toured Europe Hopes to tour Japan and the U.S.A in the near future - stay updated on his shows!

Here's what you say about
Ave Mack - You Are Now a Witness.