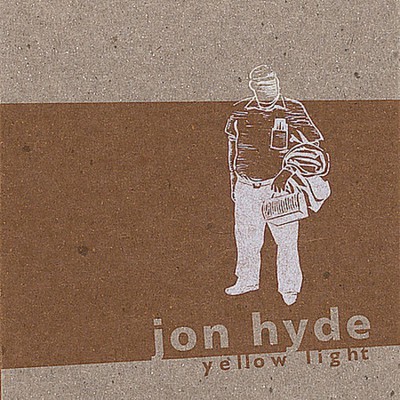 "Yellow Light" is Jon Hyde's solo debut, and is the first Conjunctive records release. It was recorded on an Otari ½- inch 8-track in the big gap between June 1995 and August 2000 at Flora Ave Studios (Tucker Martine's joint). It was created primarily as a duo - with Jon singing and playing most of the instruments and Tucker playing drums, running recording equipment and cheerleading. It is a collection of songs which subtly blurs the lines between categories and creates a collection which is at once new and familiar. In addition to his solo records Jon is a member of the Transmissionary Six, Varmint (with Wayne Horvitz and Robin Holcomb) and Mount Analog. Jon is a multi instrumentalist and can be heard contributing to records by the likes of Jim White, Jesse Sykes and the Sweet Hereafter, Transmissionary 6, Mount Analog, Laura Veirs, Memphis (Stars side project), Downpilot, Slang (Widepread Panic side project), Lori Carson, Karen Pernick, Carrie Akre, Once for Kicks, Heather Greene, Aiko Shimada, Larry Barret, Terry Lee Hale and many others. Hyde's song "Hope Chest" from the "Yellow Light" CD was featured on Hear Music Volume 7 and his rendition of Buck Owens' classic "Your Tender Loving Care" can be heard exclusively on Hear Music's Sweetheart vol. 1. His instrumental "Blair" was featured in Hear music's promotional materials for the 2004 Sundance Film Festival. Disinguished guests on "Yellow Light": Tucker Martine (drums, bandonian) Caben Buswell (bass) Bruce Wirth (lap steel) Jon Notarthomas (guitar, vocals) Steve Moore (keyboards) Carolyn Wennblom (vocals) Eyvind Kang (violin)

Here's what you say about
Jon Hyde - Yellow Light.