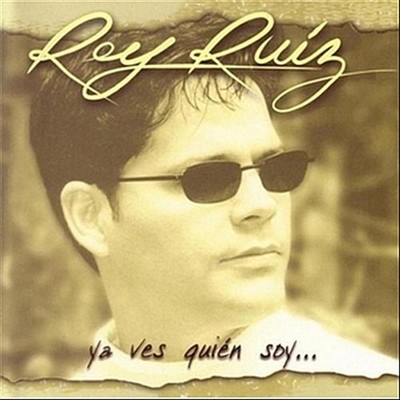 Rey Ruiz (Reinerio Ruiz born June 21, 1966 in La Lisa, Havana, Cuba) is a well known salsa singer from Cuba. Ruiz reached international fame across Latin America, Europe and among Hispanic music fans in the United States. [edit] Biography Rey Ruiz demonstrated an interest in becoming a salsa singer since he was a small child. Aside from an apparently normal childhood, Ruiz made his debut as a performer at a very young age; he was often showcased on Cuban television as a child, singing typical children's songs. Ruiz had his parents' full support, he was later on enrolled in Havana's Conservatorio de Música school. Eventually, Ruiz made his way to headlining a show at the Habana Libre Hotel. (The former Havana Hilton, renamed to Havana Libre after Castro's revolution). Rey Ruiz performed in the well known 'Cabaret Tropicana' music group. During a Cabaret Tropicana tour in the Dominican Republic, Ruiz defected, leaving the group to join some friends in the United States. Once established there, Ruiz began to gain fame as a solo salsa singer. It took Ruiz three years after he arrived in the United States for him to release his first CD. The self-titled 'Rey Ruiz' was produced by Sony Records and it earned Ruiz celebrity in such places as Puerto Rico, the Dominican Republic, Panama and Venezuela. The album also earned Ruiz a number of billboard and Premios Lo Nuestro awards, and it was a platinum album. Rey Ruiz was named the 'salsa singer of the year' for 1993 by a prestigious salsa music magazine and was known for hits such as 'No Me Acostumbro' and 'Amiga'. Ruiz's initial success as a singer translated into small screen success as well, as he was hired by Pepsi, Miller beer and his studio company, Sony, to film commercials announcing their brand. Ruiz's second album was a various artists' compilation dedicated to salsa singers from the 1960s and 1970s. The tribute album was named 'Los Soneros de Hoy'. loosely translated into 'Today's (salsa) performers'. Also in 1993, Ruiz released his second album. 'Mi Media Mitad' ('My Other Half') was a large hit in the United States and in Europe, once again, making the Billboard hits list in the States, and topping the European charts. 'Mi Media Mitad' became Ruiz's second consecutive platinum album, and it helped make Ruiz popular in Colombia as well, with a single, 'Si te Preguntan' ('If They Ask You') becoming a major hit song. Soon after that album's release, Ruiz made his debut at New York's Madison Square Garden. Ruiz's third album, 'En Cuerpo y Alma' ('Body and Soul'), was released in 1995. This was Ruiz's third platinum album in a row; his songs 'Estamos Solos' ('We Are Alone') and 'Vuelve de Nuevo Conmigo' ('Return Once Again With Me') were international hits, and many salsa experts consider this album to be Ruiz's most important release. In 1996, with the collaboration of famed Colombian songwriter Omar Estefano and of Ricardo Quijano, Ruiz released his fourth consecutive platinum album, named 'Destino' ('Destiny'). One of the most publicly acclaimed songs in that album was 'Miénteme Otra Vez' ('Lie to me Again'). His next album, 1997's 'Porque es Amor' ('Because it is Love') failed to have the commercial success Ruiz's four previous releases had, ending Ruiz's streak of platinum albums at four. It did, however, contain three major hit songs, including the title song, as well as 'Mi Angel' ('My Angel') and 'Tú no Sabes' ('You Don't Know'). In 1998, Ruiz released a greatest hits CD, named 'Exitos del Rey' ('Rey's Hits', a name which can also be interpreted as 'The King's hits', since Rey means king in Spanish). By then, Ruiz owned a recording company; his next album, 'Ya Ves Quien Soy' ('Now You See Who I Am'), becoming one of the first CDs to be released by Ruiz's Luna Negra ('Dark Moon') record label. 'Ya Ves Quien Soy' was another commercial success for Ruiz, particularly in Brazil. Ruiz collaborated with Brazilian singer José Augusto in this album, when the pair recorded a duet song, 'Siempre Mía' ('Always Mine').

Here's what you say about
Rey Ruiz - Ya Ves Quine Soy.