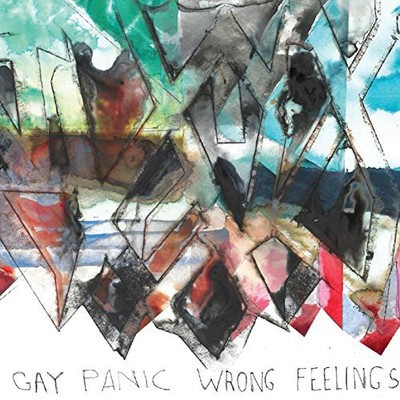 "If you are a fan of The Smiths, Gang of Four, the Rapture, Talking Heads, Joy Division, Fugazi you definitely need to check these guys and gal out." - Glam Magazine "Vocalist Joshua Lerner channels David Byrne vibes with a more controlled, silky finesse, imparting secrets kept in closets, basements and friends' cars. Guitarist Lior Hadar alternates between shrill, metallic riffs and more soft, lithe harmonies that sway alongside Phil Andrews' buoyant basslines and Maggie Schreiner's immaculate disco beat." - Suzy X Gay Panic regularly appears at Brooklyn's underground queer punk shows, playing house parties and warehouses as often as they play regular venues, yet their sound owes far more to influences such as the Smiths, Radiohead and Jeff Buckley than straight-ahead punk rock. Some call their sound "queer wave"-combining new wave with queercore-with it's signature jagged guitars; driving, intricate percussion; soaring intimate vocals and melodic bass- all with a focus on groove, dynamics, melody and insightful, personal lyrics. The band's songs can veer from whispered confessions to explosive expressions of joy and longing within each song-all underpinned by a tight rhythm section and intricate guitar work. The band's members are regulars in the political and queer culture of the city, playing in radical brass bands, performing and writing the occasional underground musical and organizing in the community around economic, social and international issues. Members of the band have been active in bands such as the solo queer-folk of Music Was My First Gay Lover, the Balkan/bluegrass punk of Apocalypse Five and Dime and the seminal Montreal queercore band Double Dip. The album Wrong Feelings is their second release after 2013's Too Sensitive, and was recorded at the Old American Can Factory in the venerable Phantom Center (also known as BC Studios). The album was engineered and mixed by Don Godwin and mastered at Sterling Sound by Greg Calbi, whose venerable mastering career includes albums by David Bowie, Bruce Springsteen, Talking Heads, John Lennon, The Ramones, Patti Smith and many more.

Here's what you say about
Gay Panic - Wrong Feelings.