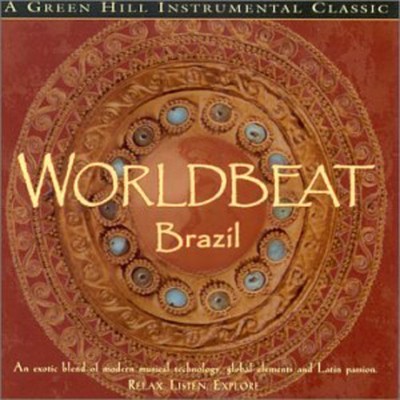 DIVERSITY best describes the artistry of guitarist, bassist, and producer Jack Jezzro. His recordings and productions have sold well into the millions, and he surely ranks high in formal education, knowledge of his instrument, and sheer musicality. But even more than that, Jezzro has a style and taste that are all his own-qualities that are a breath of fresh air to the music of today and qualities that breathe new life into the music of yesterday. ::: The Early Years Jazz is a natural expression for this West Virginia native, who seems to have been born musical. Jack Jezzro grew up in the small town of Rivesville, starting on piano and accordion when he was very young. 'I would go to the piano and start banging out tunes when I was four or five,' he recalls. His remarkable skill at simultaneously fingering melody and chord changes came naturally to him as a young listener. 'I had a stack of Chet Atkins records, and that's how I learned to play,' Jezzro reports. 'As a kid, I'd want to play all the parts. I'd listen to a tune by James Taylor, The Doobie Brothers, Simon & Garfunkel, or whomever. I'd play the bass part, the piano, the vocal-and I'd want to do it all right there on the guitar.' ::: Education For his bass-playing skills, Jezzro earned a scholarship to West Virginia University in nearby Morgantown. 'I still kept playing guitar, but they didn't have a guitar program,' he says. 'I wanted to go to school there because it was close by, so I picked the bass and really got into it.' The year was 1976. 'That fall, the Pittsburgh Symphony Orchestra came to Morgantown, and I got to meet the principal bass player, Sam Hollingsworth. We immediately hit it off.' Hollingsworth took Jezzro under his wings, preparing him for a professional career. By 1978, Jack knew that if he wanted to become a professional, it was time to move on. So he took the year off from school and began playing in the Charleston Symphony Orchestra (CSO). After a year with CSO, Jezzro won a scholarship and sailed into the sophistication of the prestigious Eastman School of Music in Rochester, New York. While a student at Eastman, he won an audition for and subsequently played in the Rochester Philharmonic Orchestra for two years. Meanwhile, he continued developing as a guitarist by absorbing the sounds of George Benson, Joe Pass, and Jim Hall. After graduation, 'it was either New York, Nashville, or Los Angeles, and Nashville felt more like home' where he landed a job with the Nashville Symphony Orchestra and began breaking into the studio scene. ::: The Jezzro Style For an instrumentalist, speed and flash are often yardsticks. Innovation and technique unquestionably enter into play. Rhythmic invention, tonal dynamics, repertoire selection, or sophistication of arrangement are also called into the discussion. But Jack Jezzro has something more; and that something is taste. His latest guitar projects combine those elusive qualities instantly recognized when you hear them-discrimination, Polish, grace, and artistry. In addition to sheer taste, another element of Jezzro's unique style is that he's a contrapuntal guitarist, integrating chordal harmony and melodies into one distinct sound-clean, lucid, and smooth--often performing on a nylon-string guitar. 'I like to be true to a song,' Jezzro begins. 'At the same time, I try to do something fresh with a tune. My own sound or style-that's the freshness. I guess we all try to find our unique voice. That's what we're all striving for. I'm always going to be working for it.' A lot of guitar trio records sound a little thin, so the challenge is to accompany yourself. 'One of the things that's always been there naturally is being my own accompanist,' Jezzro says of his special fingerstyle playing. 'I was sort of developing this accompanimental thing before I knew what it was.' David Lyndon Huff, the son of arranger/conductor Ronn Huff, got his first drum set when he was in the third grade, the same year that he moved to Nashville. By his high school years, he was working as a session musician. He began at Belmont College, but switched to Azusa Pacific College in southern California, and then began doing sessions and working as a touring musician out of Los Angeles. He gradually moved over from drumming to keyboards and programming. In 1985, he and his brother, guitarist and singer Dann Huff, formed the group Giant, which in 1989 released the chart album Last of the Runaways on A&M, featuring the Top 40 hit 'I'll See You in My Dreams.' A second album, Time to Burn, on Epic, failed to chart, and the band split up, with Huff returning to studio work. He became increasingly interested in world music and put together two albums in that genre, Rhythm of Creation and Voices of Africa, before issuing his first solo album, Worldbeat.

Here's what you say about
David Huff - Worldbeat Brazil.