Xguru - Wonder of It All 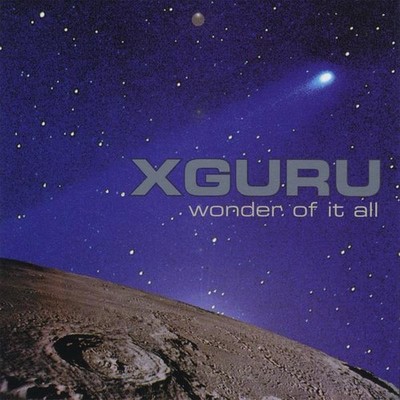 Scott King began his career in the early 1990's as a solo acoustic performer in venues throughout New England and later in Europe where he performed in roadside cafes, schools, churches, theaters, and festivals. A grueling gig schedule of 5-8 shows a week between 1993 and 1994 taught King something about being a professional musician and prepared him for the next phase of his career in Boston. King entered the city's thriving Folk music scene, and in less than a year, he wound up a semi-finalist in the Boston Acoustic Underground Competition and a finalist in the WADN Riverbank Songwriting Contest. During that first year back, King also drew the attention of an indie label that built a rock band around him. That band was Xguru. King's discography begins with Xguru's 'Wonder of it All' (1999), produced by Tim O'Heir (Juliana Hatfield, Folk Implosion, Sebadoe, Morphine, Dinosaur Jr.) and recorded at the infamous Fort Apache in Boston. As lead singer, guitarist, and principal writer for the band, King headlined many of Boston's most celebrated clubs, including Bill's Bar, The Middle East, Aerosmith's Mama Kin, and The Rathskellar ('The Rat'). Xguru performed as the renowned WBCN's band of choice at events throughout the city and rocked numerous colleges and universities such as MIT, Emerson, and Northeastern. The band enjoyed regular airplay on several stations in Greater Boston (including WBCN and WFNX) and on college stations across the country, sharing stages with multiple major-label acts.

Here's what you say about
Xguru - Wonder of It All.