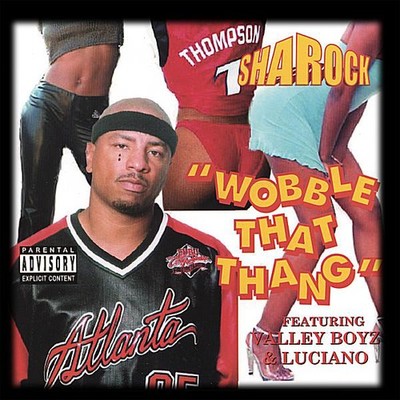 Sharock began his career in a local rap group in North Carolina called Duo. The group enjoyed immediate success appearing as the opening act on the national tours of Mary J. Blige, Queen Latifah, 2 Live Crew, Vanilla Ice and Big Daddy Kane to name a few. Creative differences led to Sharock leaving Duo two years after their creation. He moved to the Atlanta, GA area to further pursue his music career. After meeting with Andre Harrell, then president of Uptown Records, and Puff Daddy, of P. Diddy fame, Sharock realized that the music business was more business than music. This realization led to his decision to take a break and attend college for business knowledge and eventually become a night club owner and a concert promoter. Now armed with an invaluable knowledge of the business, Sharock released the solo single 'Dance To The Rhythm', which caught the attention of A&M Records A&R Representative 'Devin'. A deal with A&M was offered, but the timing wasn't right and things didn't work out. However, the record was a hit in his home state of North Carolina, so Sharock, his brother and friends started BlackStar Records and released a second single, 'Put It In There', which sold 13,000 units in just 9 weeks in North and South Carolina. Sold in corner stores and night clubs, local radio picked up on the song and gave it heavy rotation. Sharock has worked on material for two years that he now feels is ready for release for his very first full length solo CD called 'Life'. The first single is 'Wobble That Thang' with 'Rest In Peace' as the 'b' side. 'Wobble' is another dance hit destined to blaze in the clubs, but 'Rest In Peace' is a song dedicated to loved ones that he and others have lost in years gone by. Like most of us, Sharock has been through a lot, both good and bad. The oldest of three, raised by a single mother, Sharock wants to enjoy life and want you to enjoy his music.WOBBLE THAT THANG will be released with lil jon & da eastside boyz,ludacris,ying yang twinz,dj.smurf and D-roc on Ichiban presents 'CRUNK MIX TAPE COMPILATION' this year.

Here's what you say about
Sharock - Wobble That Thang.