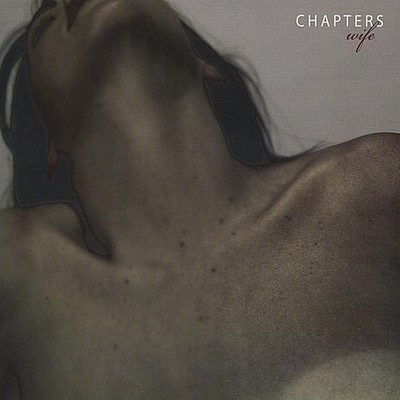 Sometimes it's about the destination, sometimes the journey. With dark-wave quartet Chapters, it's both. You may not like where you end up, but getting there is one hell of a ride. Their songs are fueled by lyrics both insinuating and overt, about gray areas and the guilt that can come from exploiting them. "Just the thought of a completely unsolvable moral situation is very charged for me," explains lyricist/frontman Vincent Marks. The man knows of what he speaks. Lyrically, Chapters' songs are deep and brooding, sensual and sexual, inviting and disturbing. Musically, they force you to move, nod your head, dance along. "I think there's something on the surface for people who like to dance," says Vincent, "and something deeper for people who like going there." Before Chapters began, Vincent was a fiction writer and experimental noisemaker. He began writing songs by pulling lines from his stories, imposing fragments of his writings over other people's music. An ad on Craigslist led to his finding what eventually became Chapters-guitarist Ben Lanning, bassist Justin Coleman and drummer Nate Larson. At first, says Vincent, "I was experimenting and the other guys were already accomplished musicians. I had to really fake it, but eventually I found writing good lyrics and melodies to be far easier than writing good fiction." Chapters' music is guiltily addictive; you almost don't want to find yourself singing along, but you do. The songs draw you in with their dark and dirty narratives; watching Vincent jerk and twitch is utterly captivating, enthralling. Drawing influences from classic punk/new wave and contemporary dark indie, Chapters are in a class by themselves, thrusting into new realms of professionalism and insinuation. "The best artists keep going because they are never satisfied," says Vincent. "There's a feeling I write about in 'The Black and White Bar' about creative compulsion. If there's anything that drives me, it's just a compulsion to write." Ben sums it up best: "You play, you write, you hustle, you perform better than the band before you, you market yourself differently than the band after you, you respect the art and the craft. You repeat and repeat and repeat." With the Wife EP, the book on Chapters has barely begun. Better grab a seat now, 'cause you're in for a long read.

Here's what you say about
The Chapters - Wife.