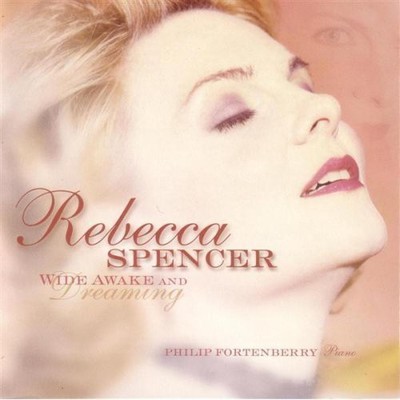 BIO Rebecca Spencer is an original Broadway cast member of Jekyll and Hyde in which she played the principal roles of Lady Beaconsfield and Guenivere. Her additional performances in the role of Emma Carew completed a circle that had begun eight years earlier when she created the role at the 1990 Alley Theatre world premiere. Rebecca played the role of Carlotta for six months in Andrew Lloyd Webber's The Phantom of the Opera, directed by Hal Prince at the Neue Flora Theatre in the Hamburg, Germany Company and performed in German. She was also in the final Toronto workshop of Ragtime, directed by Frank Galati, and can be heard on the first cast recording. Rebecca was nominated for a Florida Theatre critics award (Best Actress) for her portrayal of Rosa Bella in the Jupiter Theatre's award winning production of The Most Happy Fella, as well as an Arizona Theatre critics award (Best Supporting Actress) for her portrayal of Buttercup in the award winning production of HMS Pinafore at the Arizona Theatre Company. She has starred in productions at the St. Louis and Trinity Repertory Companies, Cincinnati Playhouse, Theatre Under the Stars, Paper Mill Playhouse, and the Pittsburgh Civic Light Opera. In New York she has been featured at Lyrics and Lyricists and as well as the Ira Gershwin Centennial at Carnegie Hall, recorded for PBS, and marked her fifth ENCORES! Concert at the City Center in March of 2004. Rebecca's recent television credits include Third Watch and Law and Order: SVU. She has toured twice nationally in Man of La Mancha as Antonia, starring first with John Cullum and later Hal Linden. She co-stared as Shirley in the Goodspeed Opera's Lady Be Good, which also toured nationally. Rebecca has performed principal roles with the Lyric Opera of Kansas City and the Minnesota, Omaha and Connecticut Opera companies, as well as the composers forum at the New York City Opera. She has been a guest soloist with the Syracuse and Detroit Symphonies, and the Florida Orchestra, and with the Indianapolis and Naples Symphonies conducted by Keith Lockhart of the Boston Pops. She has also toured nationally as the guest soloist for composer Marvin Hamlisch. She can be heard on several cast recordings, including Jekyll and Hyde, Ragtime, Drat the Cat, Violet, Our Heart Sings, Linda Eder's Christmas album, the Newberry Award winning children's musical series The Mandarin Duck and The Bridge to Terebithia, and Irving Berlin's Watch Your Step. Rebecca holds a Bachelor of Music Degree from Ithaca College. CD REVIEWS John Hoglund - Back Stage CD Picks of 2003 a stunner of an album, revealing an artist on the verge of a serious breakthrough. Her love of the art song and interpretations of same set her apart from most female vocalists on today's scene. This bodacious disc revels in opulent images from an artist who, at times, recalls the likes of Maureen McGovern and Barbara Cook in their prime. David Hurst, Show Business Rebecca Spencer's been one of Broadway's best kept secrets, but with the release of her debut CD, those days are over. Spencer's voice is a lustrous legit soprano with power to burn and high notes that are jaw dropping. Philip Fortenberry's work is ravishing. Jeff Rossen, Cabaret Scenes Magazine a dreamy collection of songs that pick up the listener and carry you away. ...reveries that touch the heart and intoxicate the mind. Working with Fortenberry on the arrangements, Spencer quite obviously not only knows just how these songs sound in her head but also transfers those musical images to this recording through Fortenberry's glorious keyboard interpretations. Roy Sander Rebecca Spencer has mined sources as diverse as art songs, Cole Porter, Judy Collins, and classic American opera to create her striking CD, WIDE AWAKE AND DREAMING. Her resourcefulness and taste are matched by the beauty of her singing. The result is stylish, classy, and altogether lovely. The Monthly Herald (London/Paris) Her recent CD redefines romanticism, vocal virtuosity and human warmth for the world of contemporary cabaret.

Here's what you say about
Rebecca Spencer - Wide Awake and Dreaming.