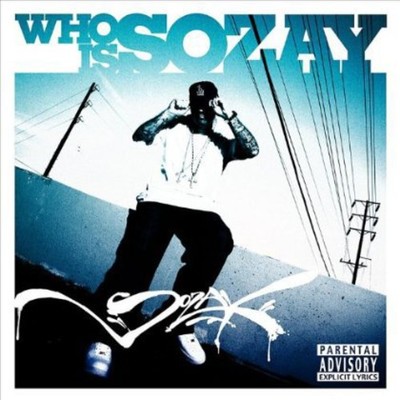 In a time when, hip-hop is dominated by weak rappers flashing ice and following chart topping trends, Los Angeles based Sozay prefers to let his lyrical prowess speak for itself. "I took the name Sozay from the movie 'Usual Suspects' in which Kevin Spacey plays Kaiser Soze. The entire movie keeps you in suspense because nobody knows who Sozay is," he says. "There is a mystique surrounding this character and I believe that this is a crucial element as to why the film did so well. This is the same feeling I want listeners to experience when hearing my music for the first time." With hip-hop roots that extend back to the late '80s, Sozay built his sound being influenced by the genres' forefathers; NWA, Public Enemy, Run DMC, Too Short, Eric B. & Rakim. While most modern day emcees are taking their cues from what's currently hot, Sozay has taken an old-school approach to hip-hop and helped to give it a fresh spin. "I remember the first hip-hop song I ever heard like it was yesterday," he reflects. "It was amazing and the content of the song was like nothing I had ever heard before. They talked about guns, drugs and sex. The lyrics were prolific and the delivery was explicit. For an 11 year old boy who loved wreaking havoc and causing mischief, it was more like theme music. The song was 'Boyz In The Hood' by NWA and the beat coupled with Eazy-E's voice hooked me and to this day hip-hop continues to be my drug of choice." While the pioneers of hip-hop laid the foundation for Sozay's new album, "Who Is Sozay?", it's his ability to not be confined by hip-hop's boundaries that has allowed him to create an album that can reach listeners of all walks of life. The album's first single 'Last Call' is a new club favorite, complete with West Coast funk and an infectious T-Pain style chorus that can jumpstart any listeners' weekend. 'High Hopes' begins with a simple piano beat that is reminiscent of a young Jay-Z, while 'So L.A.' utilizes a syrupy Snoop Dogg influenced beat to convey Sozay's love for his home town. "I personally feel that for me as an artist, the most important focal point for my music is to find a healthy compromise between underground and mainstream hip-hop," commented Sozay about the eclectic sound of his debut album. "I see absolutely no reason why I can't make people dance at a club on Sunset while at the same time having the streets in an uproar with a classic hood anthem." Sozay seamlessly combines jaw-dropping rhymes with head nodding beats and infectious hooks, while his unrelenting work ethic has allowed him to rack up more that 1.6 million plays through social networking sites like MySpace. Sozay's grassroots campaign has made him an intense player in the underground hip-hop scene; earning him a cult following that craves his next lyrical assault. "My primary objective is to captivate the listener's imagination each and every time they hear one of my tracks," closes Sozay. "I want them to have to sit and analyze exactly what was said and come to the realization that something far beyond the ordinary is being relayed. The ultimate feeling of accomplishment is when someone smirks at their speakers as they comprehend the extent of your creativity."