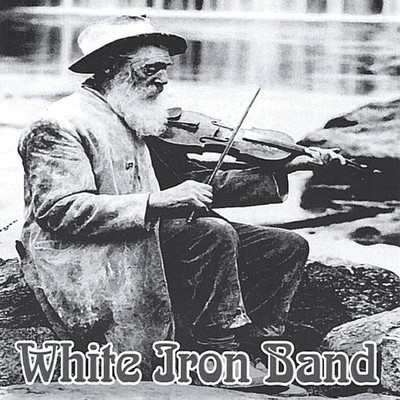 The White Iron Band is Good Timin', Foot Stompin', Honky Tonkin', Good Ol' American music with a familiar groove, but has a definite unique flavor. The band's roots extend from the Iron Range and the North woods of Minnesota to the neon downtowns of Minneapolis and St. Paul, and their varied experiences are reflected in their music. The White Iron Band's distinctive style comes from a mix of commanding lead vocals, beautiful harmonies, bad ass guitar, pedal steel licks, double keyboards,melodic fiddle, and a driving rhythm section. These guys never fail to get people out of their seats and dancing all night. ''Best Drinking Band'Duluth Hall of Fame' Weekly Reader,Duluth,MN The White Iron Band started their musical adventure in the cold northern town of Ely, MN. After two years of playing to the wild and crazy crowd on the range, the band knew it was time to bring their show to Minneapolis. After months of playing various clubs in the city, the White Iron Band found it's home at the Five Corners Saloon on the historic and musically renowned West Bank of Minneapolis. The band had played every Thursday night for 3 years to large and enthusiastic crowds and has developed a fiercely loyal fan base. In the spring of 2003, the White Iron Band said goodbye to it's Thursday night gig and has started to tour the Midwest, growing their fan base and spreading their music. The White Iron Band is promoting their self-titled LP, which represents the ever-growing repertoire of original music. The songs range from the outlaw country of 'Borderline,' to the smooth melodies of 'San Diego,' as well as the good time drinking tunes, 'Minnesota Song,' and 'High's Low's.' The energy and synergisms that give the band it's explosiveness and excitement are here to behold on every song. After selling over 1000 CD's and receiving an extensive amount of airplay throughout the northland, the White Iron Band has become a grass roots success. The band has finished there second CD and released it in the Winter of '05. ''Minnesota Song' is a true anthem for our wonderful state, complete with mentions of Duluth, fishing, hockey, and, of course, Grain Belt Premium Beer..' - James Fitzgerald, Ripsaw News,Duluth,MN The White Iron Band has been traveling the north for a good while and has the opportunity to share shows with such acts as Warren Haynes, Derek Trucks, Particle, The Big Wu, Arrested Development, Willie Waldman, Leftover Salmon, Buckethead, Les Claypool, the Black Crows,Shooter Jennings, and Widespread Panic. They have also opened for Country legends like Sherwin Linton, Stonewall Jackson, Tommy Cash, and Marvin Rainwater. The White Iron Band has been bringing good music to good people all over the North and has become a staple in the Minnesota music scene.