Danny Hamilton - Where Do I Fit In? 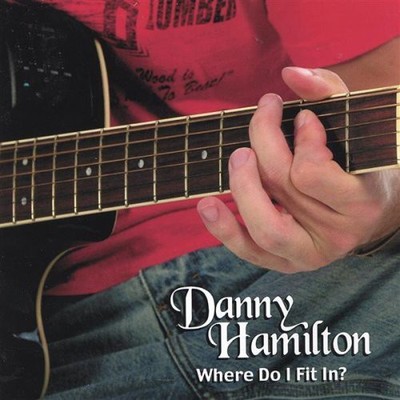 Americana-Country-Folk-Blues-Roots-Rock? No matter what you call the music, it's catching on in a big way! Danny was nominated at the 2002 & 2005 Los Angeles Music Awards for 'Male, Singer-Songwriter of the Year' and in 2003 for 'Independent Album of the Year.' That album, 'Where Do I Fit In', was Danny's fourth independent release, but the first to include members of the Mudslingers. It is receiving rave reviews and is currently being played on indie and college radio stations all over the country! With hand percussion, funky bass lines, female backup vocalists, whaling harmonicas, tribal chants, guitars, keys, drums, catchy melodies, and more raw energy and emotion than you can shake a stick at, you're guaranteed to move or be moved! IndieMusic.com said; 'Delivers notable and powerful performances with profoundly entertaining impact!' while FMSound.net called the music 'Quite pleasing! Listeners will appreciate the fresh originality of Hamilton's sound.' Catch Danny and the boys at The Hard Rock Cafe, B.B. Kings, The Mint, Molly Malone's, The Joint, Club Lingerie, The Gig, Club Lush or many of the other most popular live music venues in the Los Angeles & Hollywood areas! 'What makes this band unique is the blending of country, roots rock and tribal sounds... What makes this act most enjoyable is the energy and emotion they put into performing... Mainstream enough for modern country with catchy lyrics!' - Music Connection 'Danny Hamilton has tremendous talent to be sure... his voice is truly unique.'- Rock City News.

Here's what you say about
Danny Hamilton - Where Do I Fit In?.