Gritty Kitty - Where Did You Find Each Other? 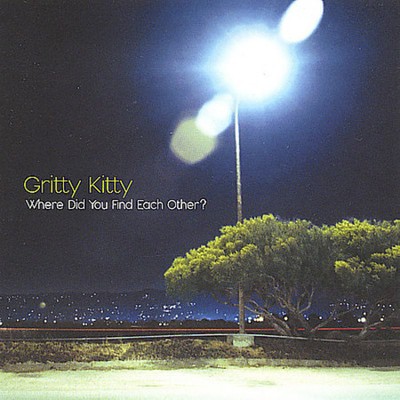 Five years ago, Athens quartet Gritty Kitty released their debut album, Mistaking Airplanes for Stars, an amateurish batch of boy/girl indie-pop that reflected perfectly the pop underground at the time. In fact, looking back, the album seems like a time capsule from a blissfully innocent era, when bands could sing about kickball and Monopoly, or cite Beat Happening as a influence that people would actually recognize, or even express bare heartfelt feelings without being labeled emo. In the half-decade since Stars, the fledgling Athens label that released it -- Kindercore -- has risen from obscurity to became a critically acclaimed, internationally recognized home to a diverse array of music. Yet nothing has been heard from Gritty Kitty, outside of some sporadic compilation tracks, since. Since the musical underground has an ever-shortening attention span, only a few devoted fans still remember Gritty Kitty. That means the band basically has to start from scratch with Where Did You Find Each Other?, a sophomore effort that has only now arrived, five years after the fact. So the question is, where will the members of Gritty Kitty find themselves musically after such an extended hiatus? The answer, as heard in the album's eleven polished tracks, turns out to be a streamlined update on the sweet jangle-pop of Stars, which boasted an uneven 18 tracks. 'Reprise', the opening song of Where..., does an ideal job of establishing the formula to follow. Although more dimly lit than much of the album, it introduces three alternate states of guitar -- jangle, strum, and twang -- backed by a low-key rhythm section and some balmy horn arrangements. It's enough to get any card-carrying indie-pop fan giddy, and luckily, the other songs deliver well on it's promise. The four members of Gritty Kitty -- guitarists Jason Taylor and John Hart, bassist Polly Hanson, and drummer Jessica Slavic -- each take turns at lead vocal duties, also switching from their primary instruments when needed. Slavic's singing seems varyingly dusky, while Hanson's is ultra-sugary every time. On the other hand, the boys sound more alike, sharing a sensitive vocal leaning that is comforting in it's typicality (that's a couched compliment). On 'Cows Sleep In', the album's second song, Slavic takes the lead for a nicely lilting song marked by offbeat lyrics and a somewhat retro indie-pop atmosphere. Later, her vocals on 'Wear Your Voice' are unfortunately dark and drag that grating misfire of a song deeper into disappointment. The third track, 'He Hides', highlights Hanson's knack for catchy lyrics and hooks as she nearly summons a better version of Dressy Bessy, the girl-sung Kindercore band with a similarly cute rhyming name. Guys and girls alike save their breath on 'Motor Unit', a pleasant instrumental topped with simple 'doo doo doo' harmonies and proper horn parts. The horns come courtesy of Greg Harmelink, founding member of Kindercore's former flagship band Kincaid and co-producer of Where Did You Find Each Other?. Other standouts include Taylor's 'Sunday Midnight', with tropical tinges of guitar and glockenspiel, and the Hart-penned 'Little Neutrino', a pop anthem that recalls the best songs on Gritty Kitty's debut. As it comes to a close, a flurry of keyboard noise greets Hanson's departing vocal harmony -- 'Why can't I be you?' -- for a perfect release of momentum. One song that doesn't find such release is the closing 'Old Adventures of Superman', a languid dirge clocking in at almost seven minutes in length. It jangles forever on with a primitive drum/tambourine combination that makes it feel even more like the Velvet Undergound's 'Heroin' finally coming down. That's admittedly a bold step, but also a relaxing close to this potent record. If Where Did You Find Each Other? doesn't jump out and bite you at first, each subsequent listen will highlight another infectious gem, until nearly every song has been your favorite at one point. That's assuming you're a fan of such gentle and still innocent pop, yes, but even outsiders to this scene may wind up hailing the return of Gritty Kitty. -POP MATTERS.

Here's what you say about
Gritty Kitty - Where Did You Find Each Other?.