Infinite Frequency - What If 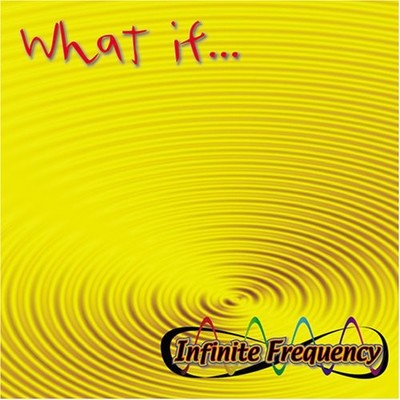 What If..., Infinite Frequency's long anticipated debut record, released on May 2nd., features an impressive and original collection composed by front man Ian Franklin Wilkerson. This work was recorded and mixed on analog tape. What If... captures the sonic texture of Infinite Frequency's live performances. Passionate lead vocals, distinct guitar work and a unique groove blending funk, alternative and pop-rock are the hallmark of Infinite Frequency's sound. Ian Franklin chose to record on analog tape to ensure listeners the same passionate and dynamic experience that is an Infinite Frequency performance. What If... is a musical journey through Franklin's life experiences over the past three years, touching on love, friendships, inspirations, joys, passions and pains. Franklin hopes that the album provides listeners with a distraction from their own lives, to enjoy life in the infinite expression of music. With songs relating to all of life's ups and downs, fans can truly relate to their own lives through the musical experience the album provides. The vision behind Infinite Frequency's sound is to invite the masses into sharing a unified direction, a reformation of the way we live; the album ultimately calls for social change. This debut record delivers their fans exactly what they have been asking for, but have only been able to capture live, until now. Originally from Santa Rosa, CA, singer/songwriter and guitarist Ian Franklin performed with a variety of ensembles in the San Francisco area before moving to Boston. His current project, Infinite Frequency, has performed throughout the Boston area at many venues and has shared the stage with many great acts. In 1995, he formed his first band, Gollum, a fusion, rock-funk and hip-hop group. The band found great success as one of the better local acts in Northern California from 1995-1998. Following this 3-year musical stint Franklin quickly grabbed onto another project called Cory's Slug and performed in the local music scene with them for 2 years. Following Cory's Slug, Franklin joined up with a separate power trio called Wish, an ambient tribal-rock group. In 2002, Wish released the album Full, culled from countless jam sessions in a WWII asbestos bombshell bunker in Santa Rosa, CA. Since arriving at Berklee College of Music, Franklin has fine-tuned his skills through extensive study and training along with years of live performing to create his best project yet, Infinite Frequency.

Here's what you say about
Infinite Frequency - What If.