Singer & Songwriter - What a Difference a Melody Makes 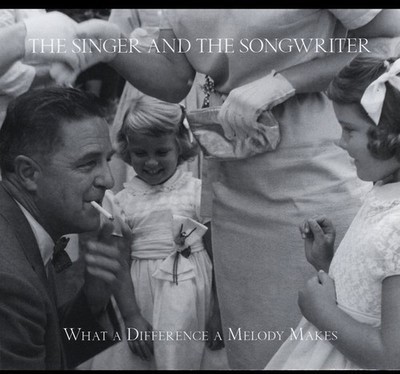 Rachel Garcia and Thu Tran met in the winter of 2006, as students of San Francisco State University at an open mic night at the now defunct Canvas Gallery Café. Some years later, on a road trip up the coast of California to Oregon, on the Pacific Coast Highway, they were inspired to write their first song together, which led to the formation of the band. In the fall of 2009 they recorded their independently produced, 5-song debut EP at Amadeo Studios in the Bay Area. Shortly after moving to Los Angeles in 2008, they began writing and performing music together (under the name Ampersand, later transitioning to The Singer and The Songwriter). Tran's pop and folk influenced songwriting and Garcia's jazz and blues vocal styling blend together to create TS&TS's vibrant, sophisticated sound. Their music is a stylistic hybrid, reflecting their diverse musical and cultural backgrounds. Rachel Garcia grew up listening to Frankie Valli and the Four Seasons, Elvis and Michael Jackson. At a young age, her love of music was nurtured by performing in choirs. Her rich and nuanced vocal style draws inspiration from female vocalists old (Ella Fitzgerald, June Christy, Mama Cass) and new (FIona Apple, Laura Mvula, Melody Gardot, and Cecile McLorin Salvant). Thu Tran is a self-taught multi-instrumentalist (guitar, piano, harmonica, ukulele, banjo) and songwriter who merges traditional styles with modern pop sensibilities. His musical style draws inspiration from the Bossa Nova sounds of Antonio Carlos Jobim, the swinging jazz guitar of Django Reinhardt, and the lyricism of modern songwriters like Sufjan Stevens and Rufus Wainwright. In May 2012, the duo won the West Coast Songwriters International Song Contest in the Miscellaneous category for their recording of 'The Art of Missing You.' The competition was judged by an Executive Committee comprised of noted singer/songwriters and industry leaders. Past judges and conference guests have included hit songwriters and producers Narada Michael Walden, Steve Seskin, Andre Pessis, George Merrill and Bonnie Hayes. The Singer and The Songwriter have performed at many Los Angeles venues such as The House of Blues, The Eagle Rock Music Festival, The Eagle Rock Center for the Arts, Levitt Pavilion and The Silverlake Lounge. Of their live show, TheEastsiderLA.com writes: "Tran's vibrant rhythm guitar swung faster than Amanda Byne's changing moods and his colorful playing style paired wonderfully with the dramatic and soulful voice of his partner in crime. It was clear that underneath Garcia's cafe-jazz voice lay a rich, billowing and powerful vocal onslaught. This duo's set of original material did clearly mine the annals of Gypsy Jazz (as well as '60s folk) for inspiration. However, The Singer and The Songwriter are a Los Angeles original." In May 2014, The Singer and The Songwriter released their debut full-length LP, What a Difference a Melody Makes, produced by Charlie Stavish (Ryan Adams, Jenny Lewis) with mixing and mastering by Brooklyn collective Mason Jar Music (Lucius, Feist and Andrew Bird).

Here's what you say about
Singer & Songwriter - What a Difference a Melody Makes.